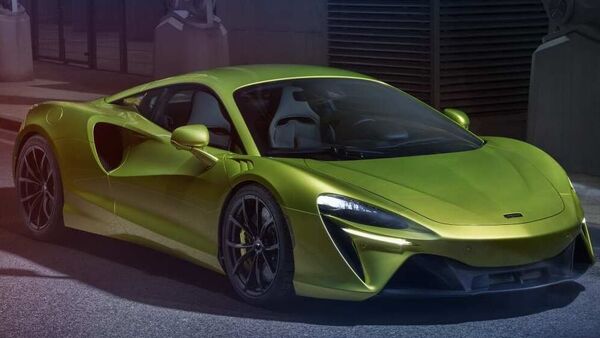 BMW and McLaren are reportedly working on a new supercar with an electric powertrain. Car Magazine claims that the two iconic car brands met earlier this year behind closed doors and discussed two brand new products. These cars are expected to come carrying the logo of both brands. One of these two models is claimed to come in form of a halo electric high-performance model.

McLaren is claimed to be responsible for the carbon fibre chassis of the electric supercar, while BMW will supply batteries, electric motors and software for the car. The electric supercar will be underpinned by a completely new architecture. However, none of the automakers has disclosed any details of this joint venture.

This report comes at a time when Audi, Mercedes-AMG, Porsche - all these German luxury car marquees are working on their respective electric high-performance cars. These are expected to launch later this decade. BMW being a major stakeholder in the global electric luxury car market doesn't want to stay behind in the race and aims to grab its own share through its collaboration with McLaren. This would help the automaker to fill the vacuum it has in the segment where Audi R8 and Mercedes-AMG GT are positioned.

According to a BMW official, McLaren impressed the German automaker by rethinking the way a modern sports car should be engineered and built. He also said that McLaren's fresh approach to the integration of key components is particularly clever. Besides an electric supercar, BMW and McLaren together are working on a high-performance high-riding electric car.

The report claims that despite having its dedicated high-performance focused M division, BMW plans to use McLaren's expertise in weight reduction and torsional rigidity when it comes to making vehicles.