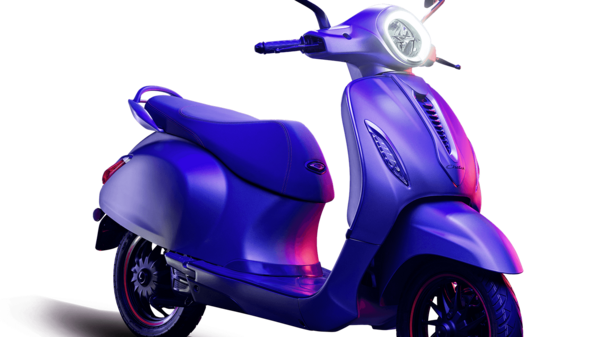 Bajaj Auto has opened bookings for its Chetak electric scooter in Goa. The scooter will be available for purchase at the KTM Mapusa dealership. The bookings have commenced at Bajaj's official website at a token amount of ₹2,000. The pricing for the higher-spec variant of the electric scooter in Goa has been kept at ₹1,44,625 (ex-showroom).

Bajaj Chetak is available for purchase in two variants in India - Urbane and Premium. Both the Chetak variants are mechanically similar as they source power from the same a 3.8kW motor which is juiced up by a non-removable 3kWh IP67 lithium-ion battery pack. Since a majority of other electric scooters now feature swappable/removable battery tech, Chetak is yet to come up with this tech. Bajaj Auto claims a top speed of 70kmph and a range of 95km (in Eco mode) for the scooter.

Both the variants of the Chetak are distinguished in terms of their colour options, and hardware tech. While the Urbane comes in two colours – yellow and white. The higher-spec Premium variant comes in blue, black, red, and hazelnut with metallic finish.

Meanwhile, Bajaj Auto is expected to introduce a new electric scooter in the Indian market. Previously, a new electric scooter was spotted amidst road tests on the outskirts of Pune city alongside the existing Bajaj Chetak e-scooter. Expect this battery-powered scooter to make its public debut somewhere around the festive season of 2022, but nothing is officially confirmed as of now. Read more details here.