Ather Energy is likely to launch the 450X facelift version soon. The Bengaluru-based EV maker has been working on a more powerful electric scooter to take on Ola S1 Pro and other rivals.
By : HT Auto Desk
| Updated on: 25 Jun 2022, 11:37 AM 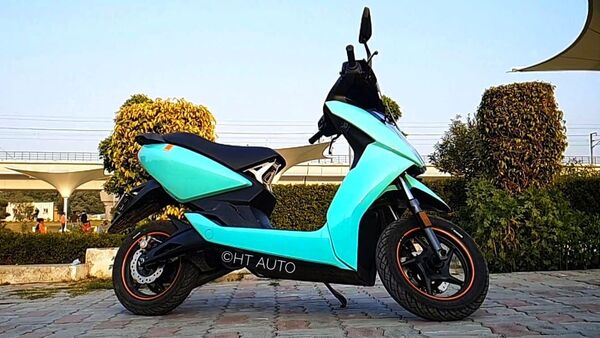 Ather Energy is likely to launch the 450X facelift version with bigger battery pack which may improve its range to 146 kms on single charge.

Electric two-wheeler manufacturer Ather Energy is likely to soon launch a facelift version of its flagship model 450X electric scooter. According to reports, the Bengaluru-based EV maker has received go ahead to manufacture the new 450X electric scooter which is expected to come with bigger battery pack to enhance its performance. Ather currently sells the 450X at a price of ₹1.38 lakh (ex-showroom, Delhi). It comes equipped with a 2.9 kwh battery pack with a range of around 116 kms on a single charge.

According to reports, the new Ather 450X electric scooter will come with a larger 3.66kWh lithium-ion battery pack with capacity of 74 Ah. The battery will power the same 3 Phase Permanent Magnet Synchronous electric motor used in existing 450X model. Armed with a more powerful battery, the new Ather 450X is expected to return a range of around 146 kms on a single charge. This is significantly higher than 116-km range offered on current model. Ather Energy has also reportedly achieved ARAI certification before getting the nod to manufacture the new 450X electric scooter.

The new Ather 450X will also come with different ride modes to enhance performance and take on some the rivals such as Ola Electric's S1 Pro electric scooter. According to reports, the new 450X is likely to have Warp Mode, Sport Mode, Ride Mode, Smart Eco Mode and Eco Mode to choose from. The Warp Mode seems to have been added specifically to counter the feature also available on Ola S1 Pro.

There is yet no information on charging capacity and time of the new version of the 450X. The existing 450X models take up to 3.35 hours to charge from zero to 80 percent. It can also add up to 15 kms of range in just 10 minutes by using a DC fast charger. Ather Energy is also likely to offer the new 450X electric scooter with a smaller capacity battery. However, details of the second variant is yet to be ascertained.