Every car holds a whole lot of promise but not every car can provide its own version of thrill. There were many in 2020 that caught our special attention but five seek to stand out.
By : Shubhodeep Chakravarty
| Updated on: 21 Dec 2020, 12:10 PM 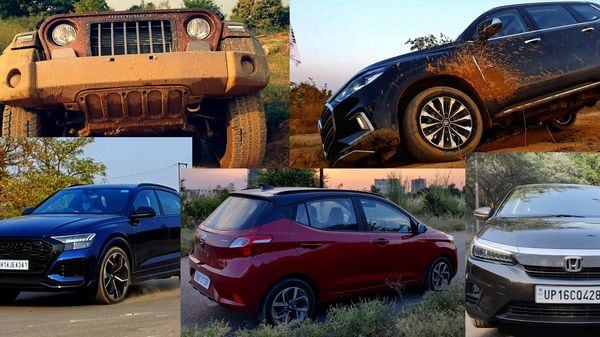 From pocket bullets, and off-road demons to stately sedans and raging SUVs, 2020 had a lot on offer for car enthusiasts.

Masks on, sanitizers in place and a word of caution from families and well-wishers - test drives in 2020 were vastly different for us at HT Auto than ever before. Heck, for months together, the team didn't even get to step out, let alone drive. Once we were out and about though, it was a massive roller-coaster ride with as much focus on hygiene as on the cars being put to the test to let you know what's great and what's not.

2020 has had far greater challenges for the world at large than for us to put new offerings to the test. And yet, in our own small way, we kept the shoots going and cars rolling. While every new product seeks to bring something new, not every car can impress on most counts.

As such, here are five cars, with their pros and cons, we loved to drive this year:

If there's turbo for the taking, take it. If it is in a compact package, even better. Yes, the Grand i10 Nios Turbo from Hyundai underlined that often, size is no measure of power. And peppy power, this car has. To zip, zap and zoom across city roads in the i10 Nios Turbo was just so much fun that we were all together sad when the good folks at Hyundai came to reclaim their baby at the end of three days.

City is synonymous with resilience. Yes, this car here just doesn't know what 'facing into the sunset' means. And why should it? The fifth-generation Honda City is easily the best-looking City ever and is loaded with features galore in a bid to underline that sedans are not just relevant but resilient. In a world full of SUVs, Honda decided to sell the latest City alongside the previous model of the car and while traditionalists may have once again found much to like in the car, we had a great time in two of our sessions with this war horse.

When all is said and done, and driven, Thar may be the biggest launch and success story in the Indian car market. We will just put it out there in no uncertain terms: here is a car that was the most fun to drive for us - on roads and off it.

Of course, it isn't easy to do a road test review of a car like Thar because of the sheer attention it grabs from everyone around. From queries at traffic signals to random requests for selfies with the car, all of the Thar's updates made for a pause-and-play shoot schedule. And yet, beyond the city limits, there wasn't much to compare it with.

Gloster makes it to our list of great drives because of the perfect blend of luxury and off-road abilities it brought to the fore. We expected it to be large but didn't quite think it would tackle off-road obstacles in Gurugram the way it did.

It is highly unlikely that a car competing in the premium luxury SUV segment would be thrown into ditches and on mounds. But the fact that Gloster can handle all of these while keeping occupants in a plush and connected cabin made it a great drive experience.

Look beyond its massive price tag and find a fighter jet on four wheels. Here is an SUV that is tailor-made for thrills.

With 600PS and 800Nm on offer, it was quite the task to find a safe, clear section to put the Audi RS Q8 to the test. Sure we could have gone to track but would you always do laps in a controlled environment if you do buy this car? Unlikely and hence it was imperative we drove it where most would.

The RS Q8 has a thunderous sound, terrific performance and yet, capabilities to also be a great option for a daily ride if given this task. We called beauty of a beast and we stand by it.