XL6 to be first Maruti car to have front ventilated seats; launch tomorrow 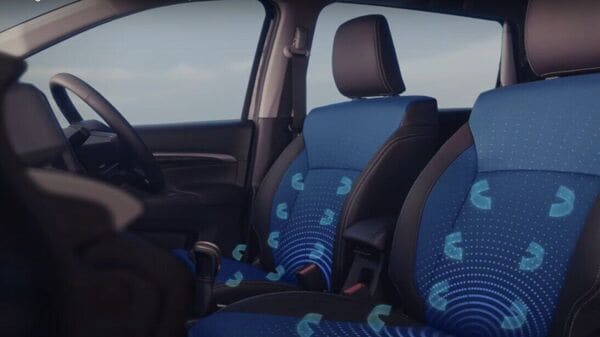 The latest XL6 promises to have a number of new feature additions, including front ventilated seats.

Maruti Suzuki XL6 MPV is all set for its official launch in its latest version come Thursday. A day ahead of its launch though, Maruti has confirmed that of the several feature additions in the new XL6 would be the addition of ventilated seats for the driver and the front passenger. Ventilated seats is making its debut on Maruti Suzuki lineup of vehicles.

Ventilated seats or seat-cooling functionality is a much sought-after feature from Indian car buyers, especially because of the country's climatic condition. While several models from rival brands have been offering this feature, the latest XL6 will be the first from Maruti Suzuki to boast of it. But this is hardly going to be the only highlight inside the cabin of the updated XL6.

The XL6, first launched in 2019, has always been positioned as a more premium alternative to the Ertiga MPV, with seating for six. Sold under the Nexa chain, the Maruti XL6 has benefited from a more stylish visual appeal on the outside and a spacious cabin within. The updated XL6 is likely to build on these two key pillars to help it take on rivals with more panache.

To still be offered in two trims - Zeta and Alpha, expect the 2022 XL6 to come with a number of tweaks to its exterior design highlights which may include a chrome strip on the grille, dual-tone alloys and new body colour options, among others.

Step inside and it is more than likely that Maruti has packed in enhanced features on the XL6. While ventilated front seats are now confirmed, the MPV is also a new infotainment system, 360 Camera and Suzuki Connect compatibility.

Changes under the hood are also expected with the new 1.5-litre K15C series DualJet petrol engine making its way in. This will be paired to a manual transmission unit as well as a six-speed automatic torque converter with paddle shifters that was seen in the recently-launched Ertiga facelift.

Bookings for the XL6 have been open for some time now and the price launch will take place on Thursday.