Four SUVs, one special edition - Tata Motors is bringing in the festivities and looking at striking a special chord with potential buyers.

Tata Motors has made it a matter of habit to introduce special edition on many of its select models from time to time. Essentially cosmetic in nature, these special editions seek to project the models not just apart from rivals but from the ‘more conventional’ versions of each of these cars too. Ahead of the festive season this year then, Tata Motors has unveiled the Jet Edition of its popular SUVs like Harrier, Safari, Nexon and Nexon EV.

After showcasing Dark Edition, Gold Edition and the Kaziranga Edition on its vehicles, Tata Motors' Jet Edition is a bid to appeal to a more premium and discerning set of buyers for each of the four car models that come with the updates. But while Harrier, Safari and Nexon have previously received special editions, it is for the first time that the Nexon EV comes with a more exclusive set of updates.

What are the big highlights of the Jet Edition models? Check out the details:

Nexon is one of the best-selling sub-compact SUVs. Nexon EV is the best-selling electric car in India. Offering both of these vehicles in the Jet Edition then may have been a rather obvious decision. 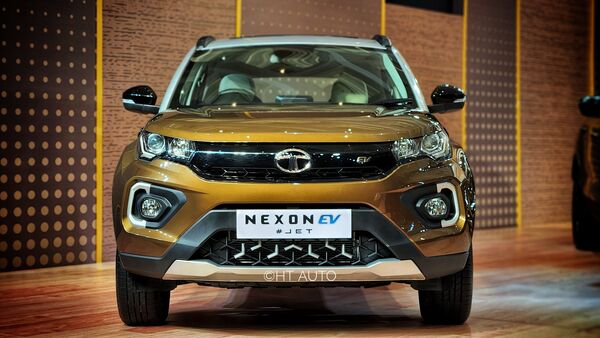 The extremely subtle differences in the exterior styling of both vehicles remain as is. But the updates in the form of Jet Edition are also nearly identical. Both vehicles come in an earthly bronze body shade which is complimented by a silver roof hue with black roof rails. The top grille is finished in piano black and continues to be defined by the stretched humanity line. Both models also get a black belt line on the side and stands on 16-inch jet black alloy wheels. Both models also get door handles in the same shade of bronze as the body.

On the inside, both models get upholstery in oyster white hue with bronze deco stitch. There is the ‘Jet’ lettering that's stitched to the front headrests while there are piano black accents on the steering and center console. There is a generous dash of bronze on the dashboard as well as on the side doors. 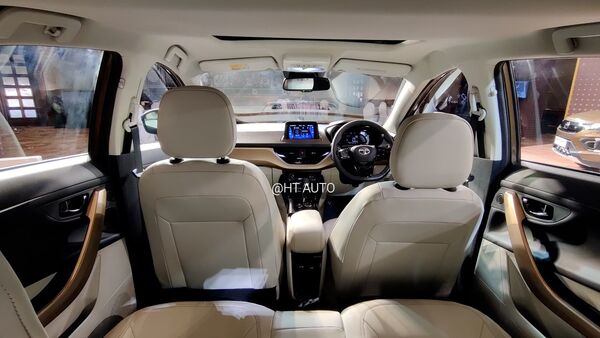 A look at the cabin of the Nexon Jet Edition.

Jet Edition is availe on the XZ+ Luz variant on the Nexon EV Max and Nexon EV Prime with pricing starting at ₹17.50 lakh (ex showroom). As for the Nexon, its XZ+ and XZA+ variants with both petrol and diesel engine options get the Jet Edition. Important to note here is that the Nexon Jet Edition also gets a new wireless phone charger apart from the features already available on the variants mentioned above.

Both Harrier and Safari are the bigger SUVs from Tata Motors' camp, each with its own set of fan following. While Harrier Dark Edition was particularly well-received, the Safari was the only model to be offered in a Gold Edition earlier on. 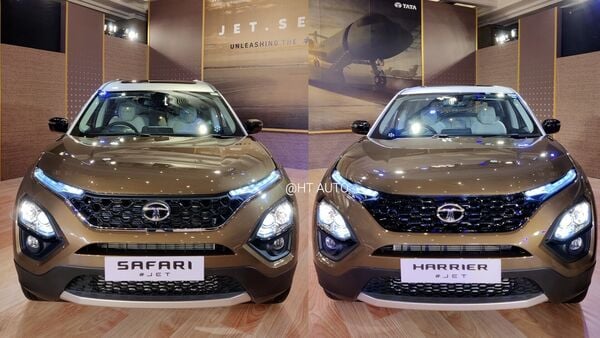 Tata Safari and Harrier are seen here in their Jet Edition offerings.

The special updates in the cabin are also largely similar to what's already mentioned for Nexon and Nexon EV. A large dashboard section in bronze, oyster white upholstery, black leatherette door handles and ‘Jet’ lettering on the front headrests.

There are no mechanical changes to any of the four models that form a part of the Jet Edition lineup.