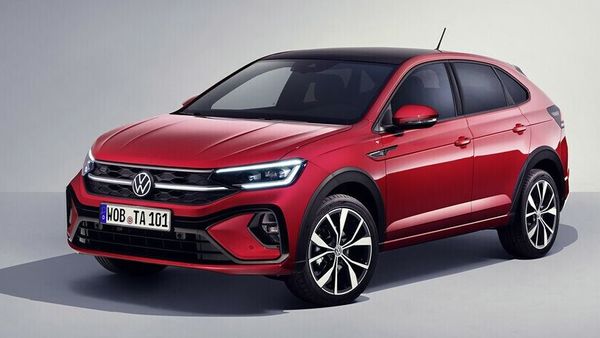 The 2022 Volkswagen Taigo will be produced in Spain and will be offered in Europe with an R-Line package option and engines between 95 and 150 hp.

Volkswagen has introduced a new compact SUV called Taigo, which appears more like the European version of the upcoming Taigun SUV in India, or the Nivus SUV available in the South American markets.

The new Volkswagen Taigo is a Polo-derived SUV, which shares the MQB A0 platform with the hatchback as well as the T-Roc SUV. In terms of dimensions, the Taigo is very similar to the T-Cross, but gets a more stooping roofline.

Taigo gets a completely different face compared to the T-Roc. However, there are several similarities with the Taigun SUV in appearance. The LED headlights, grille and the LED taillights of the Taigo bears resemblance to its Indian avatar. The LED strip at the rear runs over almost the entire width with the Volkswagen logo placed at the centre.

The Volkswagen Taigo stands 4.27 meters long, 1.49 meters high and 1.76 meters wide. Despite the Taigo being 16 cms longer than the T-Cross SUV, the wheelbase of the Taigo at 2.57 meters is only 3 mm more. The extra length at the front and rear provide the Taigo with larger overhangs compared to the T-Cross.

Taigo SUV has a luggage space of around 385 litres, but can be expanded to up to 455 litres thanks to a sliding rear seat.

Volkswagen will also offer the Taigo with R-Line variant with sportier-looking front bumper and a rear bumper. 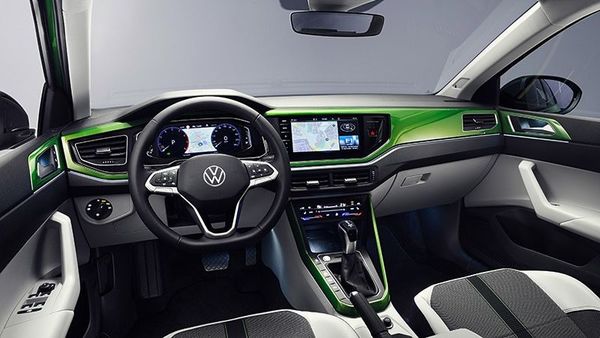 The interior of the Taigo does not quite match that of the T-Cross. It gets the dashboard similar to the one seen in the recently launched new generation Polo hatchback. Like the new Polo, the Taigo has optional touch-sensitive buttons for climate control. The Taigo also gets an 8-inch large digital instrumentation (Virtual Cockpit) and a 6.5-inch large infotainment screen on the center console as standard. Top-spec variants will get an optional 10.25-inch version of the instrument cluster and an infotainment display with a diameter of 8 inches.