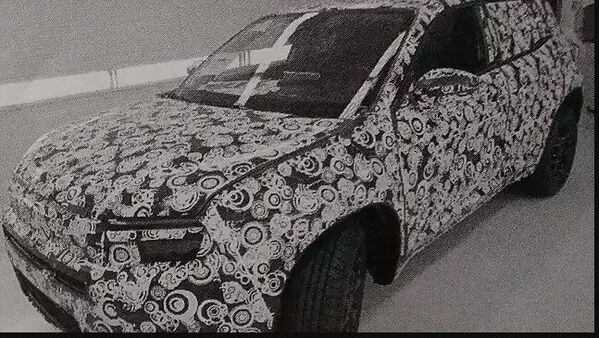 The compact SUV by Jeep is likely to see the light of day next year.

After introducing the all-new Meridian seven-seat SUV, Jeep has started developing its new compact SUV which has now been spied in Brazil. The new SUV is being made specifically for the developing markets like Brazil and India. The demand for compact SUVs is on the rise in the country and this model could be placed directly against the segment rivals such as Hyundai Creta and Kia Seltos. Recently, carmakers such as Volkswagen and Skoda have also launched their offerings in the segment.

The upcoming compact SUV by Jeep is said to be based on the modified Jeep Renegade platform. Interestingly, it will also become the first model in the segment to become an AWD model. Ralph Gilles, Global Head of Jeep Design, was previously quoted saying that this model could be offered with an AWD variant. He also admitted that this model will not be developed just for soft road conditions but will inherit the company's adventure credentials even if it means increasing the input costs.

Instead of a traditional mechanical AWD system, the compact SUV is likely to come with an electrified powertrain that provides an e-all-wheel drive system. For the record, a similar setup was also found in the models such as the Renegade 4xe and Compass 4xe last year in Europe.

Under the hood, expect the car to come kitted with a 1.3-litre turbo petrol engine that powers the front wheels. There could be a rear axles-mounted electric motor and the combined output of the system could be recorded at 190 bhp or 240 bhp depending on the variant. Needless to say, electrification is likely to bring down emissions, albeit it will push the input costs by a fair amount.