The new generation Toyota Yaris sedan will be launched in the South Asian markets. The Japanese carmaker will officially pull the covers on August 8.
By : HT Auto Desk
| Updated on: 26 Jul 2022, 10:47 AM 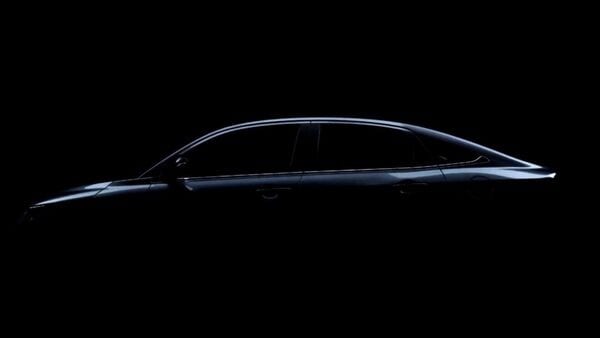 Toyota Motor is all set to launch the new generation Yaris sedan. The Japanese carmaker has shared the first official images of the 2023 Yaris through a series of teasers. The images gives a sneak peek into the exterior styling elements as well as the interior of the new Yaris sedan. The 2023 Toyota Yaris sedan will officially break cover next month, on August 9, for the South Asian markets. The Yaris sedan, which once sold in India too, was discontinued and is unlikely to make a comeback anytime soon.

The new generation of the popular Toyota sedan, which is placed below the premium Corolla sedan, is called Yaris ATIV. From whatever can be made of the first official images, the design language of the Yaris ATIV has clear inspirations from the Corolla sedan. This is especially visible at the front with straight lines forming its character lines, the design of the headlights, the grille and the air intakes.

The profile of the Yaris ATIV, which appears in a silhouette, gets a triangular-shaped rear window on the C-pillar for a more dynamic and sporty appearance. Another of the images reveals the design of the taillights in a horizontal format and that extend over the trunk lid.

Toyota has also shared an image of the dual-tone interior of the sedan. One can clearly make out the design of the dashboard which appears much more modern with certain resemblance to that found inside the Corolla or the Mirai. This is visible in the air vents and the floating touchscreen infotainment system. The controls for the air conditioning and the steering wheel also appear to have been redesigned.

The new generation Yaris ATIV is based on the DNGA platform, which is a simplified version of the global renowned TNGA platform. It will be used by Daihatsu and Toyota for their products for emerging markets. The new Yaris is likely to be powered by a 1.5-litre petrol engine mated to an electric motor as well as a 1.2-litre naturally aspirated petrol unit.