Toyota Urban Cruiser SUV to be launched on September 23 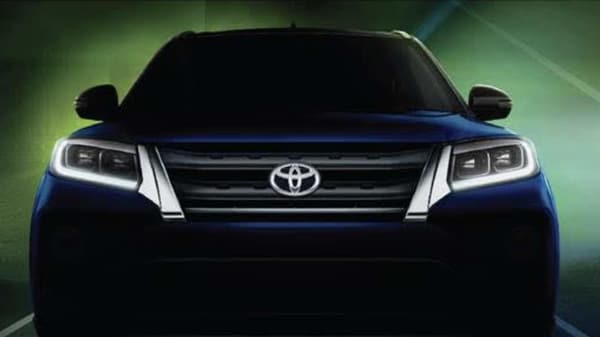 Toyota Urban Cruiser sub-compact SUV will be launched on September 23.

Toyota Motor has confirmed the launch date of its upcoming 'youngest urban SUV' - the Urban Cruiser. Toyota's spin off on Maruti Vitara Brezza will be officially launched next week, on September 23.

Toyota has already initiated bookings for the Urban Cruiser sub-compact SUV in India. As per dealer sources, prices of the new SUV will be in similar range as the Brezza, but will be slightly expensive in comparison.

The Urban Cruiser sub-compact SUV will be Toyota's second spin-off of a Maruti car, the first one being the Baleno hatchback which is sold as the Glanza in the Indian market. And as expected, Toyota manages to sell a significant number of Glanza premium hatchbacks that has led the Japanese automaker to establish a stronger presence in the more affordable car segment, unlike before.

Some of the comfort and convenience oriented features on the Urban Cruiser include engine push start/stop Button and automatic AC, both of which have been kept standard across all variants, says Toyota.

It will also get Smart Playcast touchscreen audio with Android Auto/Apple Carplay and Smartphone-based Navigation. In addition to that, the Urban Cruiser will also boast of features like electrochromic rear view mirror and cruise control.

(Also read: Top features of Toyota Urban Cruiser to look out for)

The new Urban Cruiser SUV comes powered from a new K-Series 1.5 litre, four-cylinder petrol powertrain. It is going to be available in two gearbox choices - Manual Transmission (MT) and Automatic Transmission (AT). Toyota has revealed that all the AT variants will feature advanced Lithium-Ion battery along with an Integrated Starter Generator.