Urban Cruiser is a Maruti Vitara Brezza's spin off.With the launch of the Urban Cruiser, Toyota aims to grow its shares in the compact SUV segment.
By : HT Auto Desk
| Updated on: 24 Oct 2020, 03:16 PM 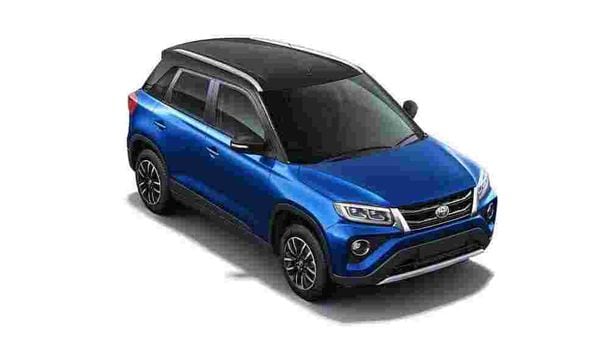 Toyota announced previously that it has dispatched the first batch of the Urban Cruiser SUVs to dealerships in India. Now the vehicle has started arriving at the company showrooms and customer deliveries have initiated ahead of the festive season.

Toyota has also revealed in the past that it has 'received a very encouraging response' for the SUV ever since its bookings started in August 2020.

For the uninitiated, Urban Cruiser is a Maruti Vitara Brezza's spin off. It is the second product to come out of the strategic partnership between both the brands. As per the company, the Urban Cruiser SUV has been primarily aimed at the younger set of buyers who wish to make an earlier entry into Toyota's SUV family.

“We will continue to focus on timely introduction of new products, and the Toyota Urban Cruiser is yet another such effort to gratify the evolving customer needs." said, Naveen Soni, Senior Vice President, Sales and Service, TKM.

The Urban Cruiser rivals the likes of the Kia Sonet, upcoming Nissan Magnite, Mahindra XUV300 and of course the Maruti Vitara Brezza SUV. With the launch of the Urban Cruiser, Toyota aims to grow its shares in the compact SUV segment.

The company has also come with up with a special offer for salaried customers under which it has announced benefits for employees of both government and private organisations. (More information here)