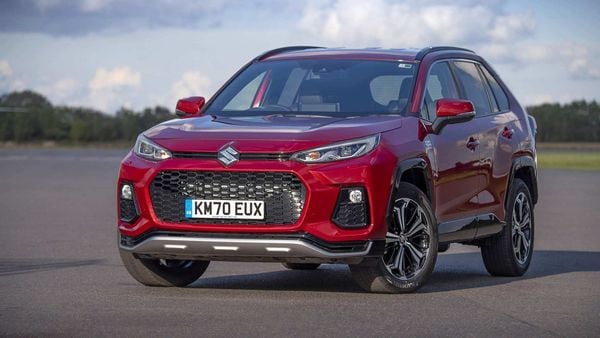 Photo of Suzuki's Across SUV, a rebadged version of Toyota's RAV4 SUV.

After being introduced in July 2020, Suzuki officially released the Suzuki Across 2021 in UK. This Plug-in Hybrid SUV is a rebadge model from the Toyota RAV4 PHEV.

The exterior and interior of the Suzuki Across SUV are not much different from the Toyota RAV4. Suzuki only provides a few new designs such as the grille, front bumper, fog lamps, 19-inch wheels, and the letter S emblem.

While the interior is almost identical, starting from the steering wheel design, electronic speedometer, centre console, touchscreen infotainment to the transmission lever. The Suzuki Across PHEV seats are wrapped in leather with red stitching accents.

The interior of the Across is spacious. Not only that, the safety features of Across are the same as the RAV4, such as forward collision warning, lane keeping assist, and adaptive cruise control. 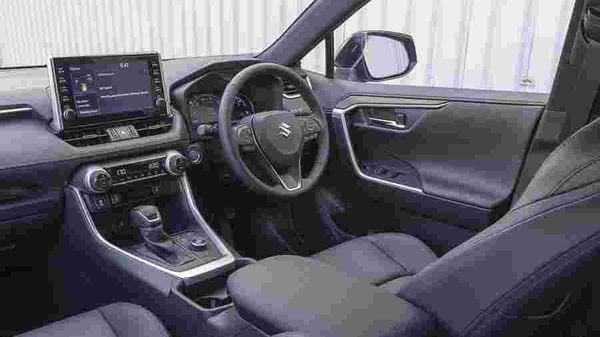 The interior of the Suzuki Across is spacious loaded with several technical and safety features.

Borrowing the powertrain from the RAV4 PHEV, the Suzuki Across PHEV 2021 is equipped with a 2.5-litre I4 petrol engine combined with two electric motors. The powertrain is mated to a CVT gearbox and full-time 4WD.

Suzuki did not reveal how much power the Across PHEV is, it's just that when referring to the RAV4 PHEV, it means that it has a power of around 302 hp. Meanwhile, the lithium-ion battery with a capacity of 18.1 kWh, is claimed to make the Across PHEV reach a distance of 75 kilometres, which is said to be slightly better than other PHEV cars in its class.

The Suzuki Across will have four driving modes - EV for electric-only driving; Auto EV/HV; HV allows the petrol motor to provide occasional power boosts; and Battery Charger, which uses the engine exclusively.

The Across also has a Trail mode that helps the SUV get more grip on slippery surfaces. The mode diverts power away from wheels losing grip to wheels that have good traction.