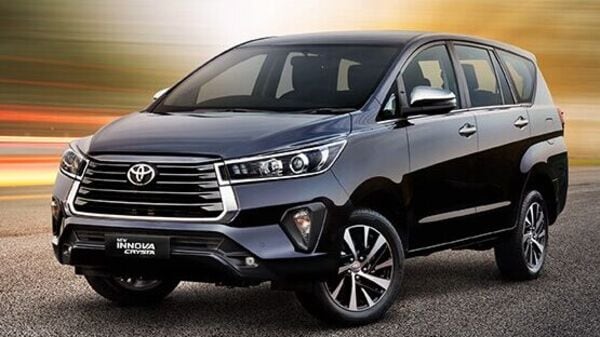 Toyota production strategy has been impacted due to the supply chain crisis and Covid-19 cases.

Toyota Motor has informed its key suppliers that it plans to cut global production to around 700,000 vehicles in May 2022, which is lower by 10 per cent than its previous plan, reports Nikkei Asia. This comes after Toyota decided to cut its global production by 17 per cent in April 2022.

This move to cut production comes amid supply chain disruption that has been fuelled by Russia's invasion of Ukraine. The resurgence of Covid-19 cases too has impacted the decision of Toyota's production cut.

The May 2022 production of the automaker is poised to be slightly above the 670,000 vehicles manufactured in May last year by the Japanese car brand. Also, this reduction comes as one step beyond global production cuts for this quarter announced in March 2022. Toyota had expected to roll out around 800,000 vehicles monthly in the three months through June. The automaker has planned to reduce overseas production by 100,000 units to 500,000 units, while domestic production is set to be slashed to 200,000 vehicles.

This is not the first time, the automaker changed its production plans due to the supply chain disruption. The Japanese carmaker has made last-minute changes several times to its production plans on several occasions since mid-2021. The car brand has also indicated that further production adjustments could be made depending on Toyota’s ability to procure components.

Toyota is not the only automaker that has been forced to adjust its production plan. Several other automakers too have been impacted in a similar manner due to the ongoing supply chain crisis. The global auto industry has been reeling under pressure for more than a year due to the chip shortage. Lately, the Russian invasion of Ukraine has worsened the disruption with the non-availability of several key components.