Toyota claims the new Mirai will be a 'car that will be a new starting point for the realisation of a hydrogen-based society in the future'.
By : HT Auto Desk
| Updated on: 09 Dec 2020, 01:17 PM 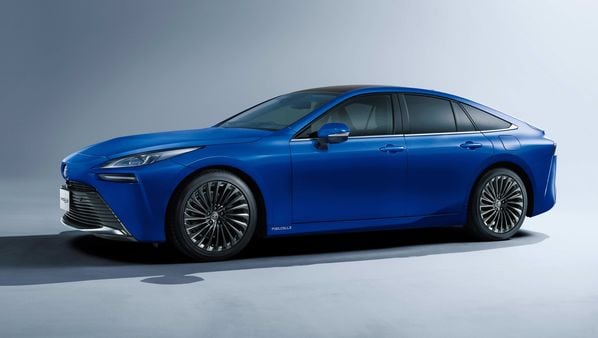 The new Toyota Mirai gets an improved driving range of 850 kms, about 30% more than the previous model.

Toyota has launched the second generation of its fuel cell electric vehicle Mirai in a fresh push to promote zero-emission technology amid growing demand for EVs.

The new Mirai, which now appears more like a luxury car, has got new design elements as well as host of new features. It also gets an improved driving range of 850 kms, about 30% more than the previous model.

Mirai is a hydrogen-fuelled fuel cell vehicle. The first model was launched in 2014 as the ‘ultimate eco-car’ that enabled a long cruising range with a short fuel refill time. Toyota claims the new Mirai will be a 'car that will be a new starting point for the realisation of a hydrogen-based society in the future'.

"The new Mirai will serve as a new departure point for creating a hydrogen-based society of the future," Toyota said in a statement. It will cost about 5 million yen ($48,000) after subsidies, about the same as its predecessor.

The new Mirai launch comes after Prime Minister Yoshihide Suga announced a goal in October to cut Japan's carbon emissions to zero by 2050.

The front face of the new Mirai is now wide and has a lower stance. The skid plates at the bottom of the lower grille also creates a low stance. The headlamp is sharper and longer than before and the turn signals look thinner and wider on the bottom. The rear view emphasises the low centre of gravity by devising the spoiler shape and around the bumper. 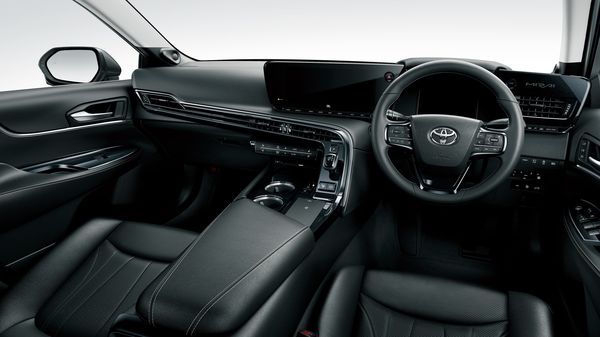 A 12.3-inch large infotainment screen dominates the centre panel of the new Mirai.

On the inside, the new Mirai gets a large 12.3-inch panel with integrated information functions. There is also a new technology, called 'minus emission', that cleans the air the more you run. This has introduced an air purification system that cleans and discharges the air one breathes inside the cabin.

The air cleaner element (dust filter) captures fine particles of PM2.5 level. A chemical filter removes harmful chemical substances and suppresses the generation of PM2.5. In addition, the amount of air cleaned by running is displayed on the centre display in an easy-to-understand manner.