The new Yaris Cross is the first Toyota compact SUV which will offer electric four-wheel drive with multiple terrain modes.
By : HT Auto Desk
| Updated on: 31 Aug 2020, 07:50 AM 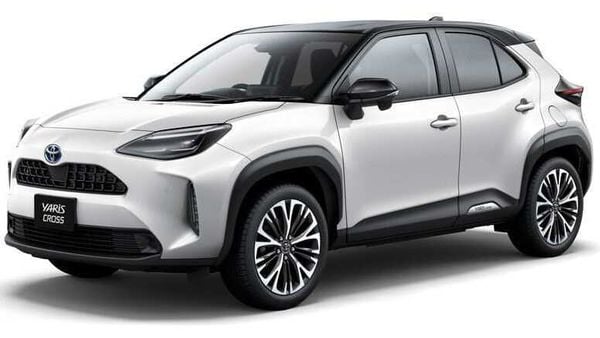 Toyota Motor Corporation has launched the new generation Yaris Cross compact SUV in Japan. It is Toyota's first compact vehicle to adopt the TNGA platform and also the first to feature an electric four-wheel drive system.

At the front, the Yaris Cross SUV gets a three-dimensional structure with the central front, lower front and fender. The side is dominated by horizontal line of the upper body from the front to the taillights. The unique character line, which flows from the rear door to the front of the cabin, emphasises the spaciousness of the cabin. At the rear, the SUV gets square-shaped central portion and large back door opening. The fender, with a generous overhang, also expresses powerful robustness, in the same way as the front.

On the inside, the Yaris Cross SUV cabin space has a sophisticated and comfortable feel. The SUV gets a TFT colour LCD multi-information display. All models come equipped with Display Audio (DA) and DCM as standard features. Smartphone applications and other functions can be linked with SmartDeviceLink and Apple CarPlay/Android Auto.

The Yaris Cross SUV cabin space has a sophisticated and comfortable feel.

Yaris Cross SUV comes with a 4WD system with options to select multiple terrain modes, first for a Toyota compact SUV. The hybrid model is the first Toyota compact SUV to have an E-Four (electric four-wheel-drive) system. It is equipped with a new-generation hybrid electric vehicle system which uses a 1.5-litre inline three-cylinder Dynamic Force Engine based on the TNGA philosophy.

Besides the regular safety features, Toyota has introduced a new one called the S-VSC with lateral wind control. The system deploys when strong lateral winds are detected when driving on the highway. This function keeps the vehicle from crossing over the lane to support safe driving.