Both the vehicles held more than 50% share in MPV and SUV segments in February, and look to continue dominating their respective segments in coming days.
By : Sabyasachi Dasgupta
| Updated on: 17 Mar 2020, 10:46 AM 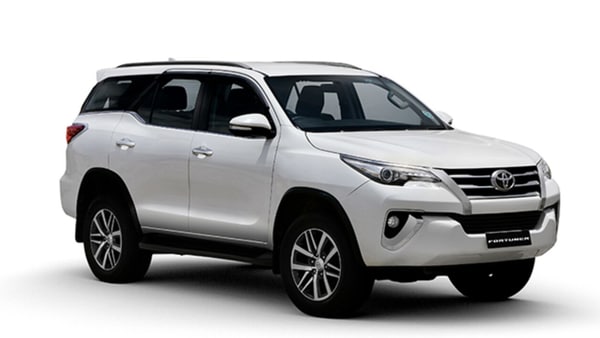 Toyota Innova Crysta and Toyota Fortuner SUV, the two flagship offerings from the carmaker, continue to dominate its sales chart and lead respective segments. Both the cars hold more than 50% share in the MPV and SUV segments despite auto slowdown and coronavirus outbreak.

Both Toyota Innova Crysta and Toyota Fortuner have carved a niche for themselves in their respective segments. The immensely popular MPV remains a favourite for the cab companies as well as individual buyers. Despite competitions from Maruti Ertiga, Mahindra Marazzo, or even the newly-launched Kia Carnival, Innova has been able to keep the larger piece of the pie in the MPV segment.

The Fortuner, with strong off-roading capabilities, has also been popular among VIPs looking for a reliable SUV in India. Facing competition from Ford Endeavour, Mahindra Alturas G4 and now Tiguan AllSpace, Toyota Fortuner has not dropped on the popularity chart by much.

Naveen Soni, Senior Vice President, Sales and Service, Toyota Kirloskar Motor said, “At TKM, we have always strived to listen to our customers’ voice and offer products and innovations that align with their ever-evolving needs. The Innova and Fortuner have been significant milestones in our journey of two decades in India. We are overwhelmed with the sales performance and truly appreciate the phenomenal response we have received from our customers over the years."

The Innova has maintained a leadership position since its launch in India way back in 2005. The second Generation Innova - Innova Crysta - was also well received by the customers during its launch in 2016. Earlier this year, in order to smoothen the transition to BS 6, Toyota introduced the BS 6 compliant Innova Crysta at an introductory offer for limited time period.

The Fortuner SUV has achieved a cult status in the SUV segment ever since its launch in 2009. Sought-after for both off-roading and city driving, the Fortuner unbeatable performance and great riding comfort has made it a popular choice among SUV owners in the country. Even during the recent degrowth being faced by the industry, Fortuner has continued to hold its segment leadership share in the medium SUV segment.