The company teased a couple of images to give an idea about the design of the new car due to be unveiled at the Geneva Motor Show next month.
By : Sabyasachi Dasgupta
| Updated on: 19 Feb 2020, 12:37 PM 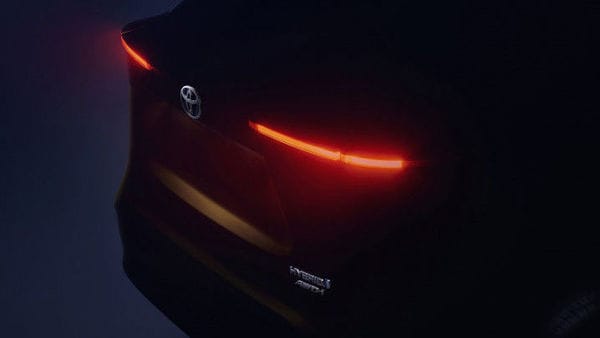 Image of the new B-SUV teased by Toyota

Toyota Motor is going to unveil its new small SUV at the Geneva International Motor Show starting March 5. The company teased a couple of images to give an idea about the design of the new car.

The image released by Toyota shows us a part of the rear, a new snapshot that completes the first image that allowed us to know the silhouette of this new model that will keep a close relationship with the new generation of the Toyota Yaris.

The mini crossover will stand a step below the C-HR and compete with the Nissan Juke. The company claims the all-new B-SUV blends extensive small car experience with enviable SUV heritage. In a statement, Toyota Motor said the new B-SUV combines elevated ground clearance with an intelligent all-wheel drive system and Toyota’s latest hybrid technology. 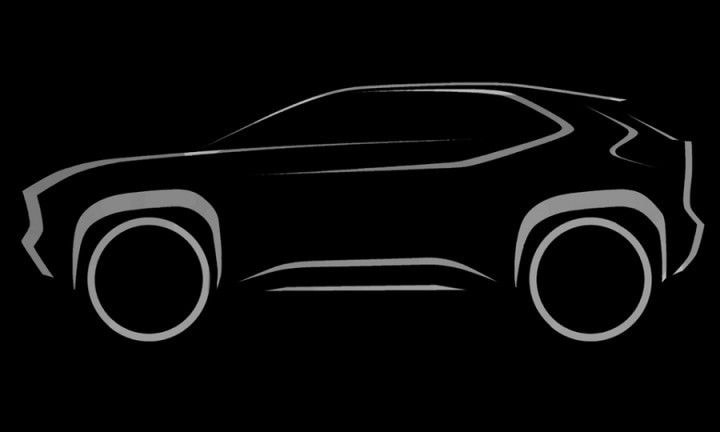 Silhouette of the new B-SUV from Toyota

For now we do not know the name yet, but according to the House the new model "combines extensive experience in the field of small cars with the enviable space of SUVs". The certainties. The most important elements are the two badges in the lower right corner of the tailgate, which reveal the availability of all-wheel drive and a hybrid engine on the new B-SUV.

Of the B-Suv we have seen only a couple of teasers: we know that the model will adopt the GA-B platform common to the Yaris, while the latest diffused image confirms the presence of the hybrid and all-wheel drive. According to Toyota Europe Vice President Matthew Harrison, the new crossover will be longer, taller and wider than the Yaris.

The new Toyota B-SUV is expected to powered by the same hybrid propulsion system used by the new Yaris, based on a 1.5 Dynamic Force Atkinson cycle engine, a three-cylinder block that derives from the 2.0-litre and 2.5 litres engines used by the Corolla and other new Toyota models.

The global premiere of the new B-SUV will be held at the Geneva Motor Show 2020 and is expected to be put up for sale in the second half of this 2020.