The new Yaris Cross, which will be manufactured in France, is likely to take on competitors like Renault Captur, Nissan Juke and Ford Puma.
By : Sabyasachi Dasgupta
| Updated on: 23 Apr 2020, 16:59 PM 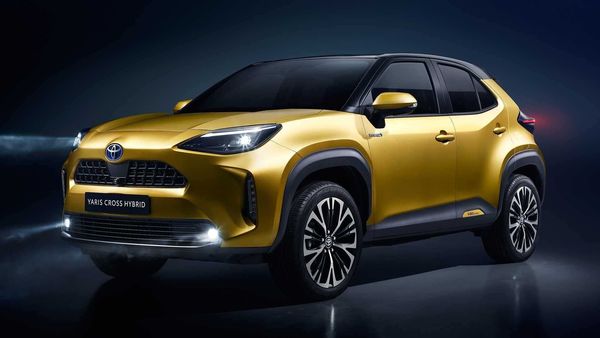 The Yaris Cross is based on the city ​​hatchback Yaris wit a lot of styling cues from its popular SUV - the RAV4.

Toyota Motor has so far been found lacking in the compact SUV segment, one of the fastest growing category in the car market. Come 2021, the Japanese carmaker will enter the segment with its new SUV Yaris Cross. On Thursday, Toyota unveiled the compact SUV for the European market that will also come with a hybrid option.

The Yaris Cross is based on the city ​​hatchback Yaris wit a lot of styling cues from its popular SUV - the RAV-4. Toyota had small SUVs in mind a decade ago when it introduced the Urban Cruiser to Europeans. The new Yaris Cross is pretty much the same size as the original RAV-4. The look follows both the new Yaris, which is especially evident on the bow, and the compact SUV Toyota RAV-4.

The rear of the vehicle reveals an SUV image that is firmly on the ground with wide fenders, while the horizontally designed taillights and rear window seem to bear traces from the Yaris family. 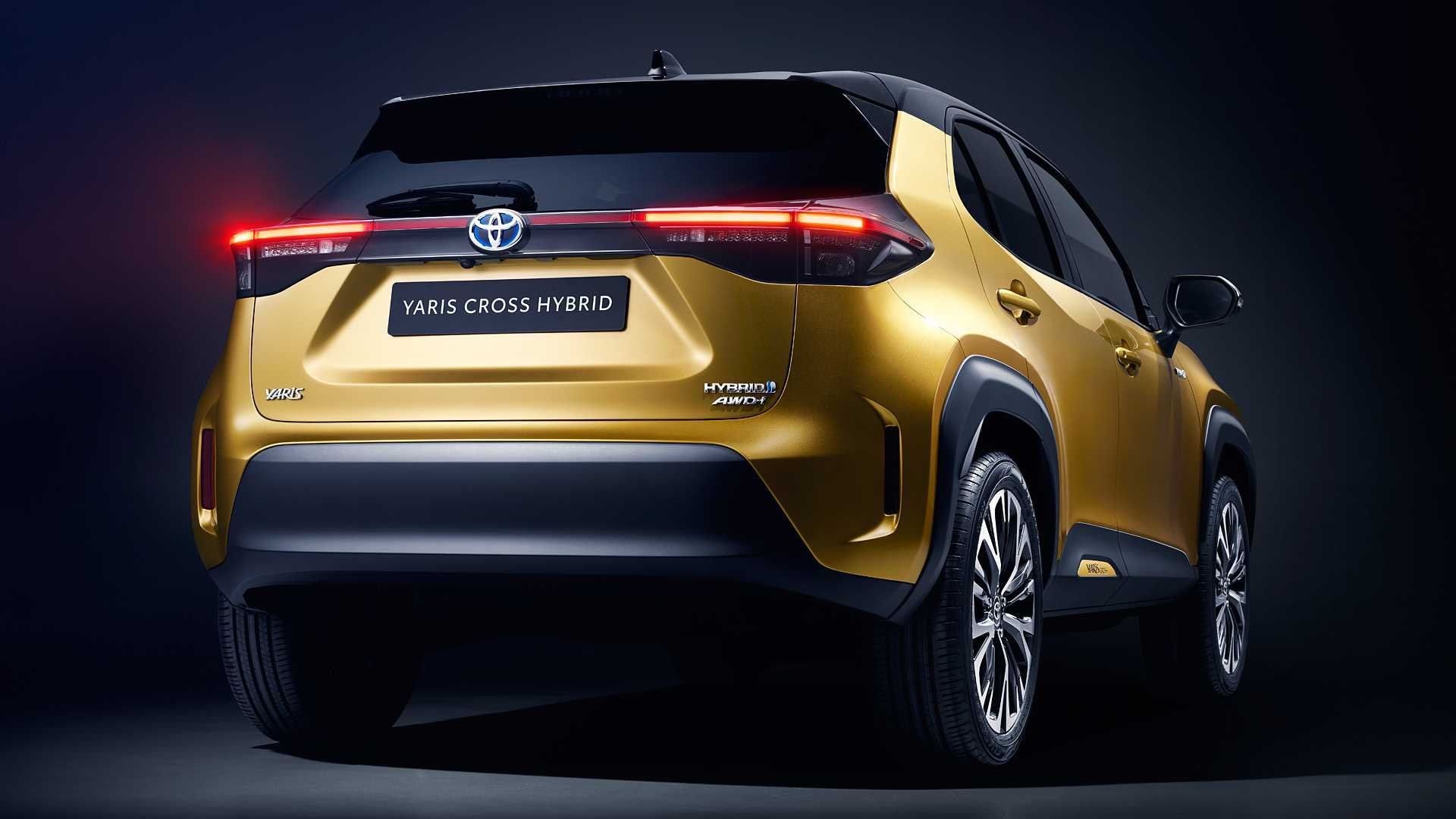 The rear of the vehicle reveals an SUV image that is firmly on the ground.

In addition to a reasonable ground clearance, the Yaris Cross also gets 18-inch wheels, plastic guards at the front, sides and rear. Unlike many competitors, Toyota is also available in four-wheel drive option.

The all-new Yaris Cross has shown its colours. Taking Yaris to new heights, the stylish Cross brings all the qualities of our next-generation small car to a high-riding SUV. #YarisCross #Builtforabetterworld

The Toyota Yaris Cross will be manufactured on the same line as the Yaris at the French TMMF plant. Under the hood, Yaris Cross gets a 1.5-litre three-cylinder petrol engine that operates in the Atkinson cycle. The Yaris Cross will also be offered with hybrid engine, a set based on a 1.5 litre engine with an electric motor with 116 hp of added power. The brand claims that this powertrain has a thermal efficiency of 40%, higher than that of advanced diesel engines. 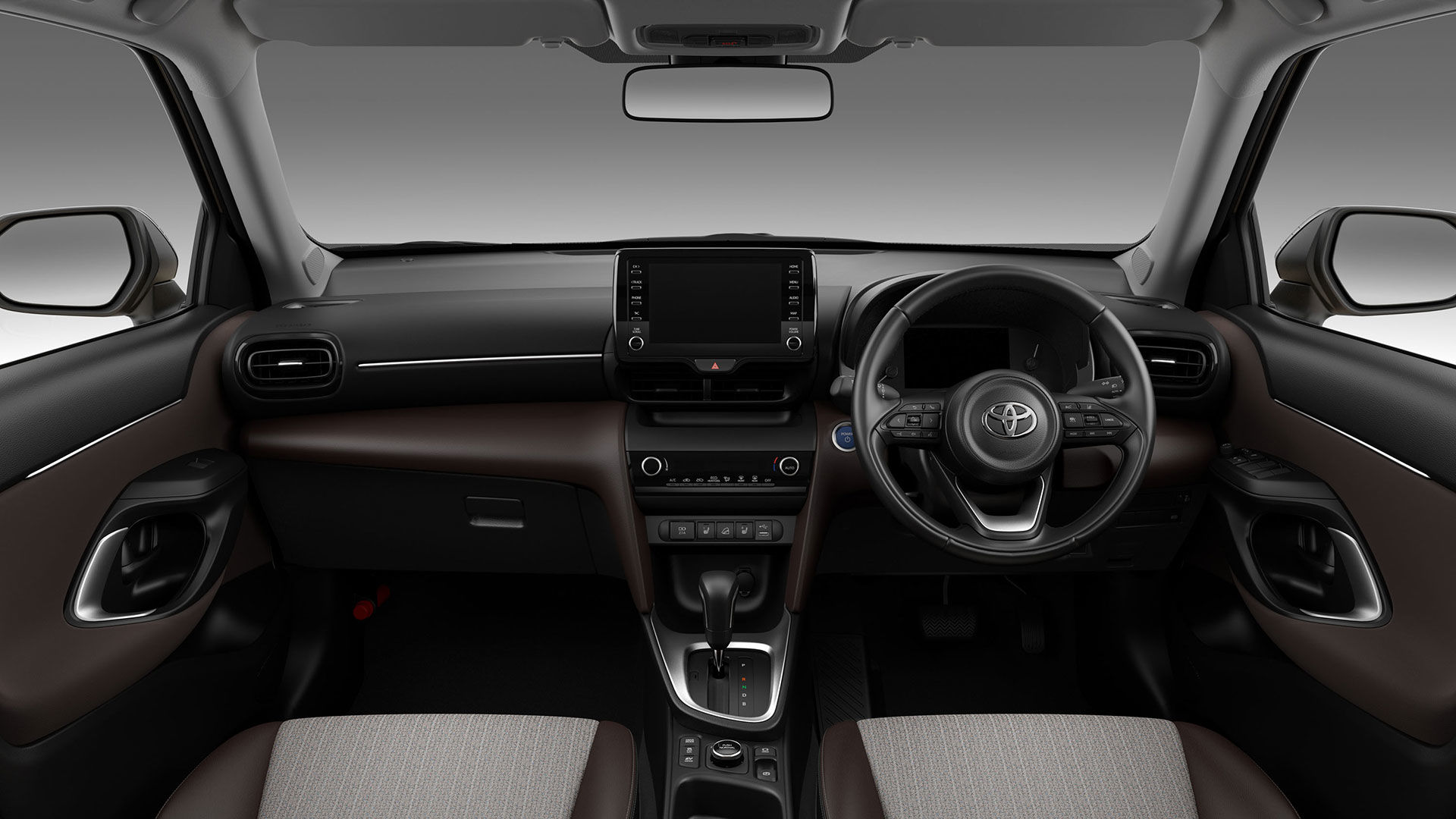 Inside, Yaris Cross has a huge multimedia screen detached from the panel.

Inside, Yaris Cross has a huge multimedia screen detached from the panel. There is two-zone air conditioning and a three-spoke steering wheel with several satellite commands.

The new Yaris Cross will be manufactured at the same factory in France which produces Yaris. The company has targeted to produce as many as 150,000 units of Yaris Cross in a year.

As of now, there is no word on whether Yaris Cross will come to India. However, given that the segment has seen a lot of interest from consumers, Toyota may think about bringing the SUV to India as well.