Too long a wait for XUV700? Switched to Scorpio-N? Mahindra says all good

Mahindra XUV700 has a wait period of up to two years while Scorpio-N has opened its innings on a formidable note as well.
By : Shubhodeep Chakravarty
| Updated on: 05 Aug 2022, 14:50 PM 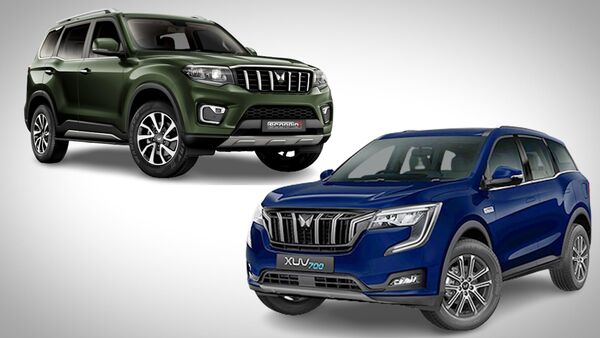 Mahindra Scorpio-N and XUV700 share a lot of similarities in terms of features and specs. Both are priced in nearly similar range.

Mahindra has been on an SUV onslaught in the Indian car market with the likes of Thar, XUV700, Bolero Neo and now the Scorpio-N faring remarkably well. Waiting period for most of these vehicles now stretch from anywhere between a few months to as long as two years in the case of XUV700. While there are many who are also complaining about the prolonged waiting period, Mahindra believes that a large number of those who have made a reservation are keeping the orders and that while both the XUV700 and Scorpio-N are targeted towards different customers, any switch from one to another continues to bode well for the company at large.

The XUV700 at present has a waiting period of anywhere between 22 and 24 months. The Scorpio-N has been sold out entirely with one lakh reservations made and the first 25,000 expected to be delivered only by end of December this year. Mahindra admits it isn't an ideal situation to have customers waiting for months at end, the value proposition of these models are proving their worth. “It is surely not ideal to have customers wait for long for their Mahindra models but at present, we are trying to up production capacities. Production for XUV700 is near max and is being upped for Scorpio-N," said Rajesh Jejurikar, Executive Director, M&M Ltd. Asked if there is a chance that those who have booked an XUV700 may now switch to Scorpio-N, Jejurikar said it would only go on to show the strength of Mahindra models. “Both XUV700 and Scorpio-N are for distinct set of buyers. But if someone chooses to switch from XUV700 booking to Scorpio-N, it is also good because that's the strength of the Mahindra models."