While prolonged waiting period remains a concern, Mahindra officials say it isn't so much about the semiconductor shortage issue but just the scale of demand.
By : Shubhodeep Chakravarty
| Updated on: 05 Aug 2022, 14:50 PM 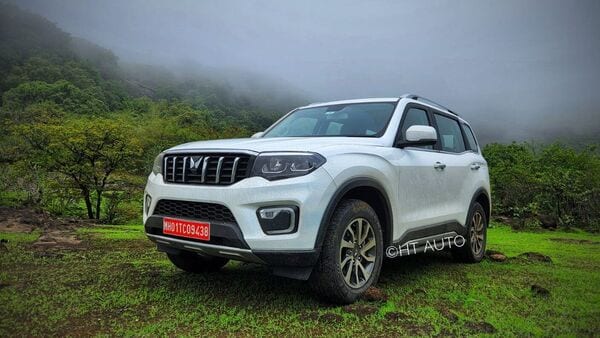 Mahindra and Mahindra has launched the 2022 Scorpio-N SUV at a starting price of ₹11.99 lakh (ex-showroom).

Mahindra & Mahindra on Friday announced its Q1 FY 2023 financial results which once again underlined how its newer SUV models are powering the automotive arm of the company. Over 75,000 SUVs were sold by Mahindra in the first quarter of the financial year with the likes of Thar, XUV700, Bolero Neo and Scorpio faring strong. The newly-launched Scorpio-N has received an overwhelming response and is now expected to power the company's prospect moving forward.

Mahindra received over one lakh booking orders for the Scorpio-N which is being sold alongside the existing Scorpio model. The company outlined that over 72 per cent of the bookings for the Scorpio-N was made online which was also testament to its strong digital presence. Additionally, the maximum demand for the Scorpio-N has come in from the northern parts of the country - at 40 per cent, followed by the western part.

Mahindra further highlights that over 70 per cent of bookings made for the Scorpio-N has come from the urban parts of the country.

But while the reservation number and demand has been strong, there are prevailing concerns over delivery timelines for Scorpio-N as well as fellow SUV models . “The response for the Scorpio-N has been extremely strong but frankly, even we didn't expect to get over 1 lakh bookings. We are constantly working on improving our production capacity. The XUV700 is nearly at full capacity, Thar production too is being upped. Scorpio-N is planned at 6,000 units a month and this figure would be taken up," said Rajesh Jejurikar, Executive Director, M&M Ltd, adding that while long waiting periods may not be desirable from the customer's point of view, the company is looking at going the full distance. “Customers are willing to wait for even 22 months, that shows the value our products have. I admit this isn't ideal but it shows the faith people have in our lineup."