This Tesla R&D centre to play a key role in developing $25,000 electric car 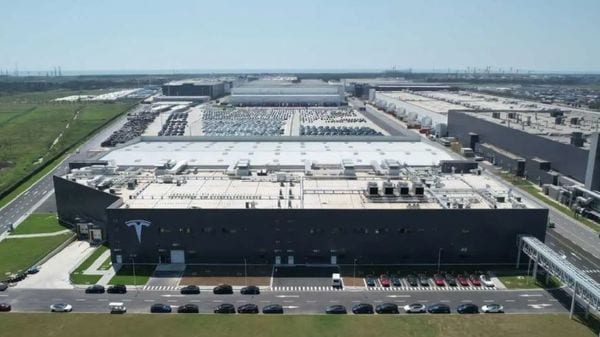 Tesla has completed the construction of its new research and development centre in China along with a separate data centre. Located in Shanghai, the new R&D centre and data centre would play a key role in the development of the upcoming $25,000 Tesla car.

Tesla has already revealed that the new electric car will be mainly developed keeping the Chinese market in focus. It is going to be an entry-level model from the EV manufacturer. This electric car will come in a smaller size compared to the Tesla Model 3. It could come as an electric hatchback.

Tesla’s Chinese subsidiary on Monday has announced that the new R&D centre and data centre are located at the same location that hosts the US electric car brand’s Gigafactory in Shanghai. Tesla currently manufactures e-cars such as Model 3 compact sedan and Model Y crossover at this facility.

This new R&D centre is Tesla’s first outside the US. The Shanghai-based Tesla R&D centre will employ engineers for software, electronics, materials and charging system, said the EV manufacturer in an official statement on its social platforms.

The new Shanghai data centre will store the auto manufacturer’s operation data locally in order to comply with the Chinese government’s new draft rule, which requires the companies to store important industry-related data locally in China.

“In the future, Tesla’s Shanghai R&D and Innovation Center will carry out more original development work around complete vehicles, charging equipment, and energy products, and develop into a comprehensive R&D center on the same scale as the US R&D center," Tesla China has said in the official statement. Tesla has also teased the Tesla Bot humanoid at the end of the video.