The Tesla Model X received several scratches due to the flying objects hitting its body panel during the storm.Tesla is currently working on an updated Model X that would go on sales in early 2022.
By : HT Auto Desk
| Updated on: 18 Jul 2021, 12:45 PM 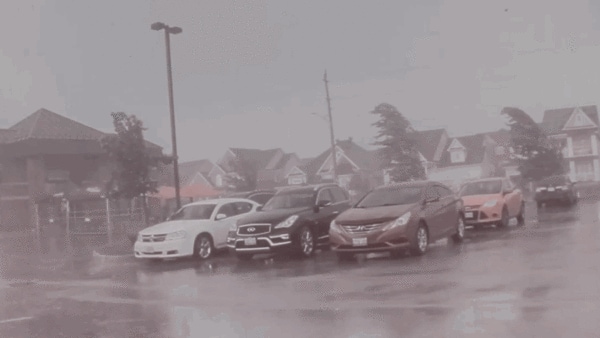 Tesla Model X has filmed the entire storm passing over it with Sentry mode. (Image: Reddit/TeslaMotors)

A Tesla Model X was caught in a tornado and survived it in Barrie, Ontario. Not only that, the electric car filmed the entire event on its Sentry mode as well. The tornado registered an EF-2 rating with a maximum wind speed of 210 kmph.

The Tesla Model X captured impressive video footage of the tornado passing right over the EV. The tornado resulted in nine injuries and damages over 5-kilometre areas. The electric SUV remained stable but got scratches from the flying debris that flew and hit the body panels.

The video footage from the Tesla Model's Sentry mode shows severe wind and several objects flying around and onto the car. The video also shows that the wind force of the tornado moves cars parked around the Model X EV. Some other vehicles were shown crashing onto each other due to the storm.

However, the footage also shows the Tesla Model X didn't move at all during the storm. The car weighs 2,459 kg. Its battery pack is mounted at the bottom of the car. Thanks to this weight and over design that ensures a low centre of gravity, the car didn't move despite such a strong wind.

Tornados in the North American region take place around 1,000 times every year, causing severe damages. In the last decade, the number of tornados has increased significantly in the region, owing to global warming.

Tesla Model X is capable of running at a speed of 547 km on a single charge. The care churns out 1,020 hp of peak power output and it can reach 0-96 kmph in 2.5 seconds. Meanwhile, the US electric car manufacturer is working on an updated version of the Model X. This would be available in both Long Range and Plaid variants. The new Model X will go on sale from January-February 2022.