The three-seat layout of the Hongqi L-Concept leaves the space traditionally occupied by front passenger empty, allowing the corresponding rear seat passenger to move more towards the front for more comfort.
By : HT Auto Desk
| Updated on: 21 Apr 2021, 01:55 PM 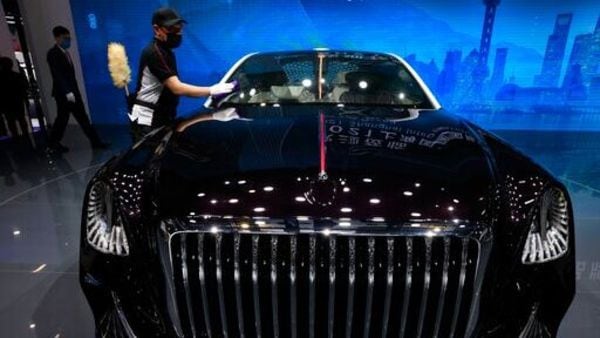 A worker cleans the surface of a car from Chinese luxury auto brand Hongqi's L-Concept car at the Shanghai Auto Show 2021.

The Shanghai Auto Show 2021, which has opened its doors to public from today, is full of glitz and glamour as various local and global players display their latest and best upcoming offerings. Among these, Hongqi L-Concept stands out as a futuristic concept vehicle with a three-seat layout and no steering wheel.

China's oldest automotive brand, Hongqi currently sells six different models to Chinese customers - four sedans and two crossovers. Its latest concept car is a shiny and muscular full-size four-door sedan. It features a fastback roofline and rear suicide doors. Talking about shiny, one might have to wear sunglasses at night to look at it.

The Hongqi L-Concept's side profile makes it look like a coupe. The body has been finished in two colors with a white roof. which then transforms into a diamond-pattern cover at the rear of the car in place of the traditional rear window. The concept will reportedly go into production in 2023. 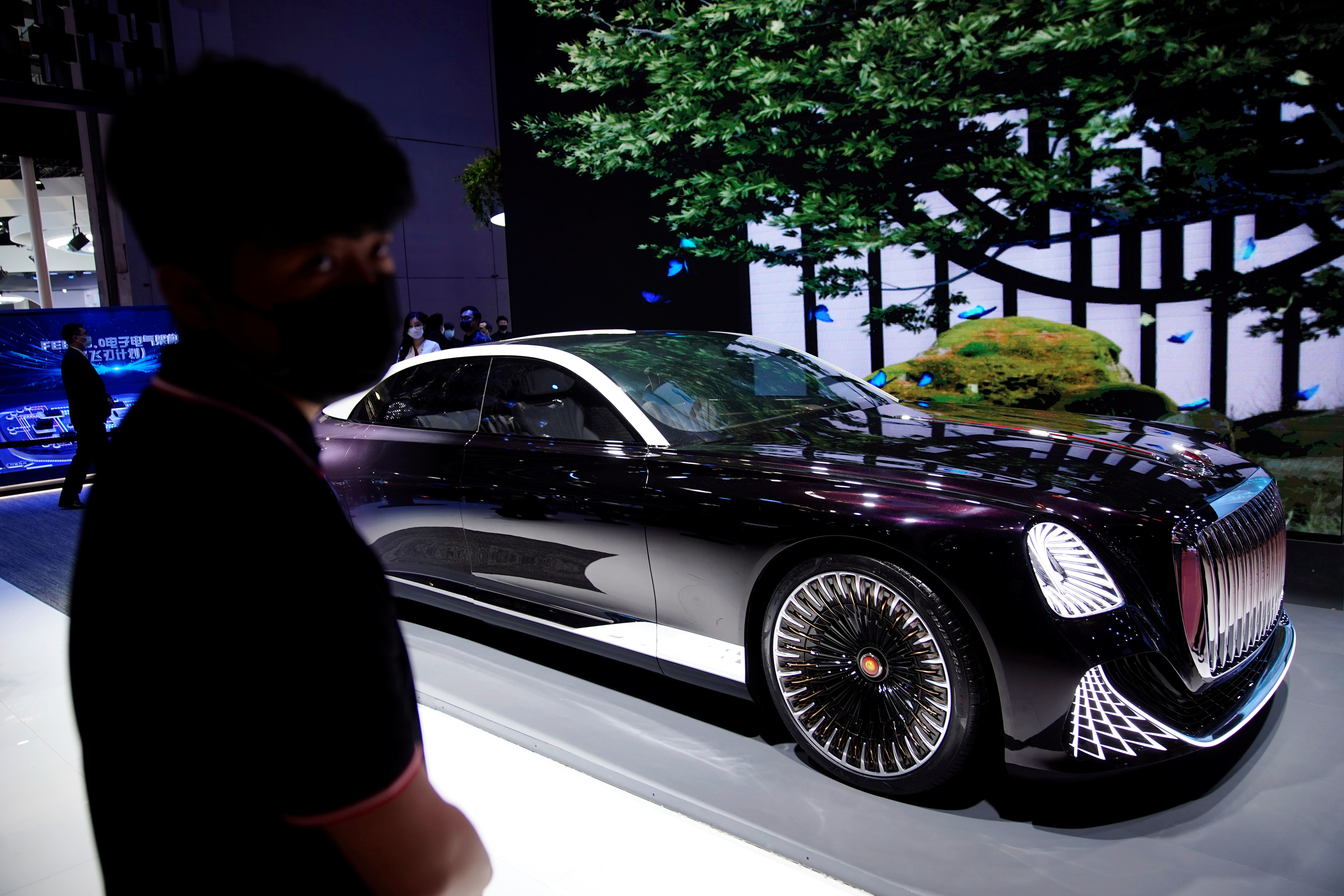 A Hongqi L-Concept car is seen displayed at FAW Group's Hongqi booth during a media day for the Auto Shanghai show in Shanghai, China April 19, 2021. (REUTERS)

The three-seat layout in the L-Concept leaves the space traditionally occupied by front passenger empty. This allows the corresponding rear seat passenger to move more towards the front for more comfort. While no steering wheel inside the cabin indicates that the vehicle might be equipped with an advanced autonomous driving system.

Now if the shiny body and diamond patterns on the rear were not enough, Hongqi has also added a chandelier inside the vehicle - hanging between the rear passenger seats. The cabin itself is full of bling with copper-like trim, countless LED strips, crystals and polished veneer, all creating an overall glittery atmosphere. Apart from these, the cabin features dual-tone leather upholstery and thick wool carpets.

However, it is not yet known that how much of the bling and futuristic features will be carried on to the production version of the Hongqi L-Concept.