This Bentley may be the most expensive Bentley ever 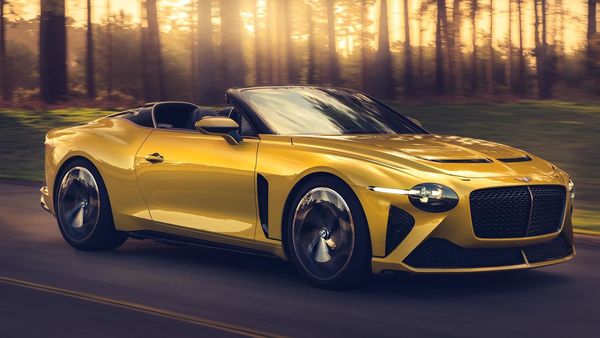 The new coupe will follow the path of Bentley Mulliner Bacalar in terms of exclusivity, but will come in a larger number of 25 units.

Bentley is reportedly working on a second bespoke model under its Mulliner coachbuilding division. What's the most interesting fact about this bespoke luxury car is that it could come as the most expensive Bentley model ever from the British luxury car brand. Another USP of this upcoming luxury coupe will be that it will come with the automaker's good-old W12 engine and preview the design of the first-ever Bentley pure-electric car, claims a report by Autocar UK.

The nomenclature of this upcoming Bentley two-door coupe is yet to be confirmed. But this is going to be the second model after Bacalar, the ultra-posh roofless model that was built in a limited number of 12 units by the same Mulliner division. This new model too will be built in a limited number. However, with 25 units to be produced, it will not come as exclusive as the Bacalar.

Speaking about its design, the upcoming Bentley coupe will take design cues from the wild 2019 EXP 100 GT concept. This design is allegedly to preview the future electric cars from the British luxury car marquee. It would come with a front fascia that will look aggressive and angular with a fresh grille, flanked by sleek LED headlamps. Other design elements would include beefy wheel arches housing massive wheels, slim LED taillights etc. Expect some signature styling philosophy of the British brand to make their way into the coupe.

The cabin of this Bentley model is expected to come packed with ultra-posh design and materials, while a wide range of new-age high-end features will be there. Also, the cabin is expected to offer ample space and comfort to the occupants.

Speaking about its powertrain, the upcoming Bentley coupe would be equipped with a twin-turbo 6.0-litre W12 engine under the hood. This same engine powers the Continental GT and churns out 650 hp of power and 900 Nm of mammoth torque output as well. The engine is capable of propelling the high-performance coupe to 0-100 kmph in 3.6 seconds at a top speed of 335 kmph. Expect the upcoming coupe too to deliver a similar performance.

Power is said to come from the twin-turbo 6.0-litre W12 engine installed in the Continental GT Speed where it delivers an astounding 650 horsepower (485 kilowatts) and 664 pound-feet (900 Newton-meters) of torque. It propels the high-performance coupe to 62 mph (100 km/h) in 3.6 seconds and a top speed of 208 mph (335 km/h). The new Mulliner coupe should deliver similar power and performance numbers.