Tesla is yet to receive environmental authority's approval for the German gigafactory.
By : HT Auto Desk
| Updated on: 15 Aug 2021, 14:34 PM 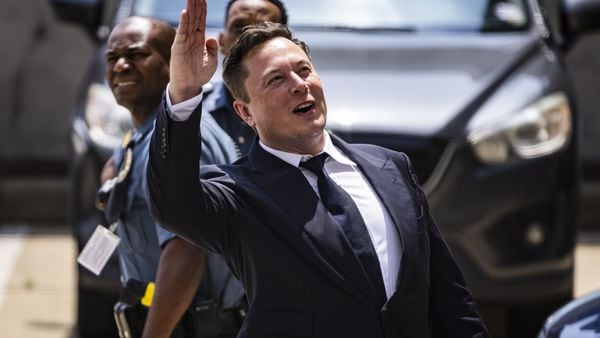 Elon Musk blamed the German bureaucracy behind the delay of operation commencement at Tesla's gigafactory.

Tesla's German gigafactory is expected to roll out the first car in October this year, indicated the EV maker's CEO Elon Musk. The plant is located near Gruenheide near Berlin. Reuters reports that during a plant visit, Elon Musk has hinted at the factory's production commencement in October 2021.

“We’re looking forward to hopefully getting the approval to make the first cars maybe in October if we are fortunate," Musk said.

The German gigafactory was initially scheduled to start operations in July this year. However, the opening was later pushed back to late 2021. Tesla CEO blamed the German bureaucracy behind the delays.

In the meantime, the German gigafactory of Tesla made several headlines, not always for positive reasons though.

In April this year, the Brandenburg Ministry of the Environment probed the site for allegedly using illegal plumbing. It was claimed that the company was diverting wastewater from the factory into a local drinking water supply system. The factory is yet to receive final approval from the environmental agency. Hence, a chance of further delay in operation commencement cannot be ruled out.

Later in May, German labour authorities investigated the site for allegedly paying the workers less than the national minimum wage. It was also alleged that the workers were being housed in cramped living quarters risking the spread of Covid-19.

Priority for residents of Brandenburg & Berlin, but also open to general public

Meanwhile, Musk has also tweeted an invitation for the local community to visit the plant on October 9. “Giga Berlin-Brandenburg county fair & factory tour on 9 October!," he wrote while further adding, “Priority for residents of Brandenburg & Berlin, but also open to general public."