Tesla’s nemesis in China is a tiny $5,000 electric car from GM

The Hongguang MINI EV, made by SAIC-GM-Wuling Automobile Co., is currently the hottest EV in China, the world’s biggest automobile market.
By : Bloomberg
| Updated on: 26 Sep 2020, 08:28 AM 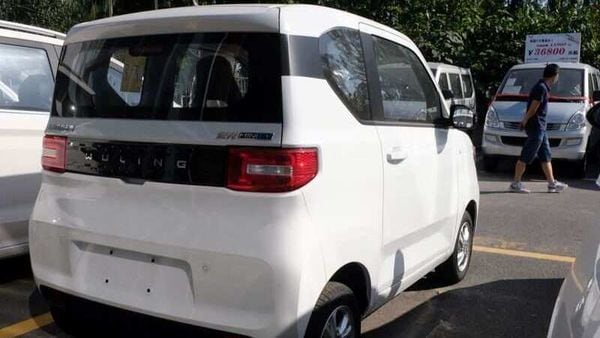 A man walks past a Wuling Hongguang MINI EV (C) at a SAIC-GM-Wuling dealership in Beijing.

Known globally for its trucks and muscle cars, General Motors Co. has scored a surprise hit in China with its local partners: a petite electric vehicle that sells for less than $5,000.

The Hongguang MINI EV, made by SAIC-GM-Wuling Automobile Co., is currently the hottest EV in China, the world’s biggest automobile market. Sales of the compact four-seater beat industry giant Tesla Inc. in August, with consumers wowed by its tiny price tag -- the EV retails for between 28,800 yuan ($4,230) and 38,800 yuan -- and its ability to run for as many as 170 kilometers (106 miles) on a single charge. Orders exceeded 30,000 units in just 50 days.

(Also read: This Renault EV is making Tesla bite the dust in Europe)

The MINI EV’s runaway success underscores the latent demand for electric cars at the right price point. Tesla earlier this week said it plans to build a $25,000 EV in about three years. One of the biggest challenges in making EVs cheaper is the battery, which currently represents about one-quarter of a car’s cost because of the expensive metals used, such as lithium, cobalt, nickel and manganese.

“A lot of consumers don’t need anything fancy, a commute is all they ask from a car," said Yale Zhang, founder of AutoForesight, a Shanghai-based consultancy. “I’m all for a product like the MINI EV."

The car is also a fillip for GM in China, whose market share has been on the decline. The U.S. automaker said in January it sold about 3.1 million vehicles in China in 2019, down 15% on 2018. The Detroit-based firm’s slump has been exacerbated by the trade war with the U.S., and sales of its Buick and Chevrolet brands have taken a beating.

It may be tough for SAIC-GM-Wuling to maintain its No. 1 position but it can probably at least remain in the top three, according to Cui Dongshu, secretary general of the China Passenger Car Association.

That’s even despite the MINI EV not attracting any government subsidy because of its range of less than 250 kilometers. (Buyers who purchased an EV in China before July 1, 2019 used to receive a subsidy of 60,000 yuan, which itself has fallen to 21,000 yuan in 2020.)

One reason is that the MINI EV, or cars of its ilk, could emerge as a replacement for the many low-speed electric vehicles (LSEV), a mode of transport that’s largely indigenous to China and that covers electric bikes and tricycles. In 2018, about 45.4 million LSEVs were produced.

LSEVs are used mainly in rural areas or by elderly residents in cities who want to travel short distances around the neighborhood for shopping and errands. Under the current regulatory framework, there aren’t any rules governing the production and sale of electric vehicles with top speeds below 100 kilometers per hour.

The result has been a proliferation of cheap, poorly made EVs powered by polluting lead batteries that pose a threat to road safety and the environment, the Ministry of Industry and Information Technology said in 2016. The ministry said later that it has been working on regulatory frame work governing this category of product.

“That’s a huge market for EV makers to grab," Zhang said. “SAIC-GM-Wuling has made it possible to sell its EV at a competitive price against gasoline cars without any government subsidy. That’s some milestone. It’s testimony to their strength on cost control and supply-chain management."

Consumers like Zhang Wu are also impressed. Zhang, a retired factory worker in his late 60s, drives a LSEV with no branding or bells and whistles to speak of. It cost 13,000 yuan and he uses it mainly to ferry his grandson to school and back.

The MINI EV “looks way better than my car," said Zhang, who lives in a suburb in Beijing’s outskirts. “I always feel a bit nervous in this low-speed car because it’s kind of shaky."