The owner admitted that the ‘proof is sketchy’ and that he had not yet turned on the Tesla’s sentry mode, which captures video of the cabin, to record the incident.
By : HT Auto Desk
| Updated on: 06 Oct 2020, 03:36 PM 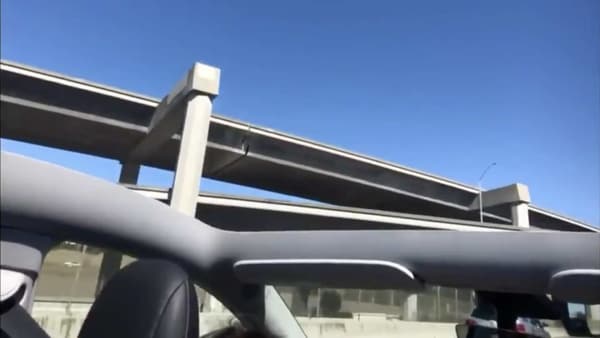 Tesla may have secured itself as the pioneer in the electric vehicle segment across the world. But when it comes to vehicle build quality, there is still much road to cover for the carmaker owned by Elon Musk.

In a bizarre incident, a brand new Tesla Model Y lost its roof shortly after it was delivered to its owner in US. The owner, Galacia Chien, took to social media saying that the incident happened barely two hours after he took the Tesla Model Y out of the parking lot of its dealership in California.

The video shared online by the owner does not have a conclusive proof of how the roof went off the Tesla model Y. However, the owner claims it reportedly ‘fell off on the highway’ while he was driving back.

The owner admitted that the ‘proof is sketchy’ and that he had not yet turned on the Tesla’s sentry mode, which captures video of the cabin, to record the incident.

He tagged Tesla CEO Elon Musk in his tweet. However, neither Musk, nor Tesla, has responded to the owner. At least, not on social media yet.

Hey @elonmusk why didn't you tell us that Tesla sells convertibles now? Because the roof of our brand new model Y fell off on the highway pic.twitter.com/s8YNnu7m9L

The owner later shared a note on Reddit explaining the incident, “Everything was going fine and we were driving back home when we started to hear a ton of wind. I thought maybe a window was open but a minute later the entire glass roof just blew off. After a brief panic we turned around and drove the new Tesla convertible back to the dealership."

He also wrote, “The manager at the dealership said that either the seal for the roof was faulty, or the factory just ... forgot to seal the roof on? I can’t imagine how something as big as the roof not being attached could make it past quality control."

The owner did get an offer from the dealership to get his Tesla Model Y serviced for free. However, the owner rejected the offer to get a new car altogether. He did not confirm whether he will stick to Tesla though.

Reacting to the owner’s post, several other Tesla car owners shared their experience with quality control by the manufacturer.