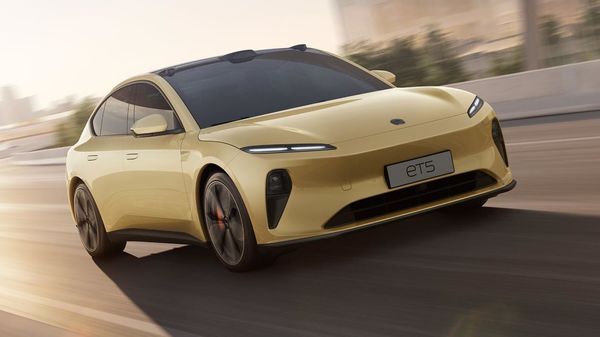 The all-electric Nio ET5, revealed at the company's annual Nio Day event in Suzhou, will be made available in China starting September.

The all-electric ET5, revealed at the company's annual Nio Day event in Suzhou, will be made available in the country starting September. It comes for a starting price of 328,000 yuan ($51,450) before government subsidies while it costs 258,000 yuan with a leased battery. An entry-level Tesla Model 3 comes for a post-subsidy price for is 255,652 yuan in China.

The base variant of Nio ET5 gets a range 550 kilometers (342 miles) on a single charge. "ET5 is a key product of us as Nio has long focused on sports utility vehicles… We’ve been looking forward to a model with a more suitable price and a larger consumer base.," Nio's founder and Chief Executive Officer William Li told Bloomberg in an interview.

The Chinese EV maker is also planning to expand its geographical footprint internationally after a foray into Norway earlier this year. The Shanghai-based company further plans to enter Germany, Netherlands, Denmark, and Sweden next year, and reach 25 countries by 2025 including an access to the US market.

The carmaker delivered 10,878 cars in November and a total of 80,940 units - all SUVs - in the first 11 months of this year despite facing headwinds due to the ongoing semiconductor chip crisis. The supply shortage also delayed the company's plans of Hong Kong listing.

The company plans to release more automotive chip output in the middle or the third quarter of the next year, hoping that the scheduled delivery of the ET5 electric sedan will not get delayed.