Tesla Model 3 is the most satisfying car: Survey 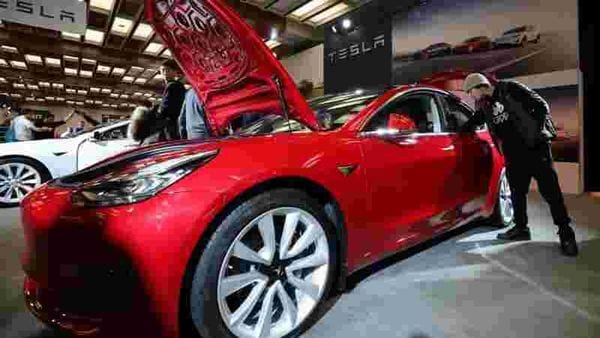 Tesla Model 3 electric sedan is the most satisfactory car, reveals a survey.

Tesla Model 3 electric sedan is the most satisfying car in the world according to the consumers, claims a survey conducted on the car owners by Consumer Reports. Previously, the brand satisfaction survey by the same organisation had Tesla taking the top spot among the car brands. Now in the individual model survey too, the American EV manufacturer took the pole position. Two other models from the same carmaker Model S and Model Y have claimed the third and fourth spots among the top 5.

Among the cars that scored lowest on owner satisfaction, Mazda CX-3 was at the top, followed by Nissan Kicks, Infiniti ZX60, ZX50, and Jeep Compass. Interestingly, both the Nissan Kicks and Jeep Compass models are currently available in India and Tesla Model 3 is expected to be the first car from the brand to be officially launched later this year.

As the survey reveals, the owners of the Tesla Model 3 have rated it as nearly perfect on driving experience and styling, while comfort was above average. In terms of value, the Tesla Model 3 scored nearly 50%.

The organisation also claims that the car owners mainly rated their vehicles in terms of the in-car electronics, driving experience, overall ownership experience, etc. The non-luxury three-row SUVs are proving to be more satisfactory than any other segments, according to the survey.