Tesla may be working on new car, puts out invites for fresh job application

Tesla CEO Elon Musk has previously said the company has plans of a compact EV even more affordable than Model 3.Tesla is inviting applications for jobs in China which hint that the car could be designed, manufactured and sold here.
By : HT Auto Desk
| Updated on: 14 Aug 2020, 10:02 AM 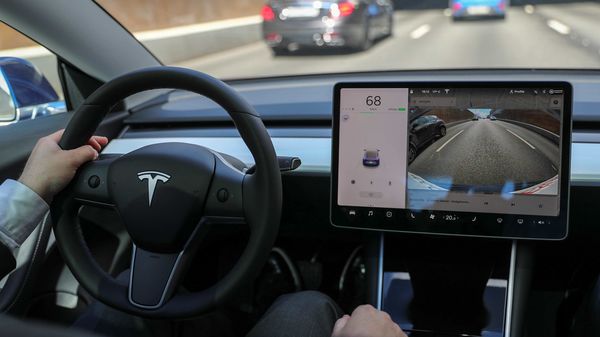 Tesla is in the fast lane towards expanding its dominance in the field of electric vehicles (EVs) and the bulk of the momentum is coming from China, the world's largest EV market. After the resounding success of the locally-made Model 3, the California-based company is speculated to be working on a new car model for the market here and is inviting applications for various job requirements.

According to Electrek, Tesla recently posted a message inviting applications for a wide variety of jobs such as Design Manager, Creative Manager, Senior Car Designer and Graphic Designer, among others. This was reportedly posted on Tesla's official Weibo account, the Chinese equivalent of Twitter.

Most of these job posts have triggered speculations that Tesla is clearly working or will start work on a new car model. The post is for local Chinese applicants only which also hints that this possible model will be for China alone, at least to begin with.

Tesla CEO Elon Musk has already confirmed that his company has plans of expanding its product portfolio and could work on a smaller and even more affordable EV than the mass-market Model 3. With the rising popularity and the consequent demand for such vehicles - combined with Tesla's cult-like following, Musk may be looking at ways to cement the formidable lead his company has vis-a-vis traditional automotive giants.

In China alone, Tesla has managed to obliterate rivals with the Model 3 selling more than the next three EVs combined in the first half of 2020. (Full report here). Local players have a large presence in the market here but that has hardly been a deterrence for Tesla's rise.

Globally, Tesla continues to show the way with top officials of Volkswagen and Audi having praised Musk's rather unconventional work model. And while every major car maker is racing to either launch an EV or expand its EV garage, Tesla is hardly sitting pretty on its laurels either.