Love him or hate him, Elon Musk is enjoying spectacular run

SpaceX is charting a new course in outer space while back on Earth, Tesla is helping Elon Musk dance his way to the bank.
By : Bloomberg
| Updated on: 03 Aug 2020, 08:12 AM 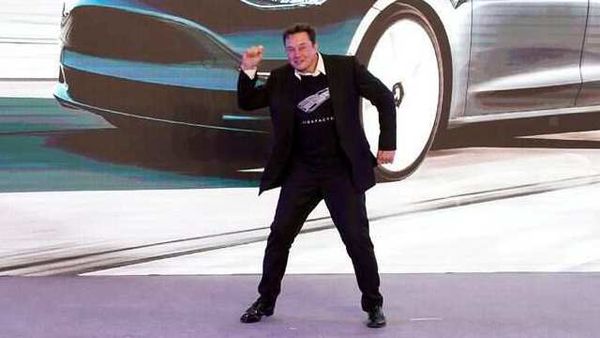 File photo - Elon Musk is dancing his way to the bank as Tesla continues to scale new heights.

Whether you find him admirable or obnoxious, Elon Musk is having a fantastic year.

SpaceX, the company he founded in 2002, blasted two American astronauts to the International Space Station in late May and brought them safely home in a historic splashdown Sunday, heralding a new age of private-sector space travel. Tesla Inc., his electric car-maker, recently celebrated its fourth straight quarter of profit and may soon join the S&P 500 Index. This year’s share rally has made the California company the world’s most valuable automaker, with a market value of roughly $267 billion as of Friday’s close.

And then there’s Musk himself. The 49-year-old South African immigrant, who is a Los Angeles-based celebrity as much as a Silicon Valley CEO, is now the 10th richest person in the world, according to the Bloomberg Billionaires Index.

While the chief executive officers of the Big Four tech companies -- Amazon.com Inc., Apple Inc., Facebook Inc., and Google Inc. -- were derided as “Cyber Barons" during a grilling by Congress last week on antitrust issues, Musk basked in Style-section treatment in the Sunday New York Times.

It’s a remarkable turnaround from the dark days of 2018, when Tesla struggled to ramp up production of the Model 3 sedan, scores of executives quit and Musk was sued by the U.S. Securities and Exchange Commission over his infamous “go private" tweet. 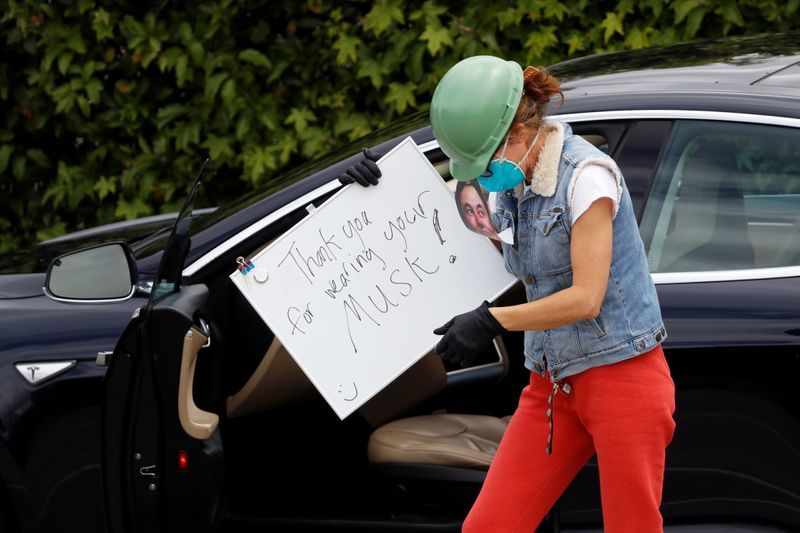 Since then, he’s not endeared himself to everyone. Musk has come under fire for downplaying the coronavirus pandemic, tweeting in early March that “coronavirus panic is dumb" and then predicting the US would probably have “close to zero new cases" by the end of April. In California, where Tesla’s massive auto plant employs roughly 10,000 workers, Musk defied public health authorities in Alameda County by closing down the plant late and reopening it early, daring anyone to arrest him.

Yet in a year when much of the nation is hunkered down or retrenching in the face of surging virus infections and widespread economic anxiety, Musk is ebullient and expanding. Tesla, which has 55,000 employees globally, is hiring and is building a new auto plant in Austin, Texas, for its forthcoming electric pickup truck. Musk suggested Friday that Tesla’s workforce could grow to 65,000 by the end of the year.

“We’re full of admiration" for the whole team at Tesla, James Anderson of Scottish money manager Baille Gifford, Tesla’s second-largest shareholder after Musk himself, said in an email. “What they are doing is a rare but central shaft of light in a dark world."

Baillie Gifford declined to comment on the success of SpaceX, in which it’s also an investor. Musk’s privately held company, which is in the midst of raising $1 billion in funds, is among the most valuable venture-backed companies in the US.

SpaceX -- formally Space Exploration Technologies Corp. -- has been best known for launching the Falcon 9 reusable rocket for customers that include commercial satellite operators, the National Aeronautics and Space Administration, and the U.S. military. The successful flight of astronauts Bob Behnken and Doug Hurley marks the first time that SpaceX has flown humans -- a huge proof point for a company founded with the goal of colonizing Mars.

“Welcome back to Planet Earth and thanks for flying SpaceX," said Mission Control, after the astronauts in the Dragon capsule splashed down into the Gulf of Mexico. Congratulations poured in via Twitter from President Donald Trump and his predecessor Barack Obama, as well as competitors like Blue Origin and Boeing Co.

Now that the “Demo-1" test flight is complete, SpaceX can begin operational trips for NASA. The Crew-1 mission is planned for late September.

SpaceX is also testing Starship, the next-generation rocket that will fly humans to the Moon and then Mars. It’s also preparing to launch its own space-based Internet service called Starlink. And later this month, Musk vows to give a “progress update" on Neuralink, his brain-machine interface startup.

“If you want the person is who going to change the world, you are going to have some rough edges," Gene Munster, managing partner of Loup Ventures, said of Musk in an interview Sunday. “Ultimately, is success speaks for itself. And while it feels like everything has come together for him this year, he’s been laying the groundwork for the past decade."