Some of the affected tesla Model S buyers claim their delivery date has been delayed until February 2022.Some affected Model S buyers have claimed they have been asked to pay $10,000 extra for early delivery.
By : HT Auto Desk
| Updated on: 12 Aug 2021, 17:20 PM 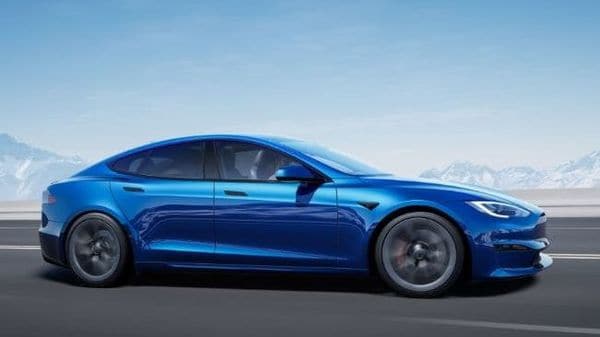 Tesla Model S has received a host of updates in recent times.

Tesla has reportedly issued an apology to the consumers of the Model S sedan because of the delay in delivery. Electrek has reported that despite prior bookings some Model S buyers have been told that their car delivery is delayed until February 2022. The report also claims that there have been indications by the US EV manufacturer that the affected customers can expedite delivery by paying more.

The report further claims that several affected customers of the Tesla Model S have received emails from Tesla apologizing for the delay. However, the automaker didn't give any explanation for the delay.

"You may see a delay with regards to your delivery timeline. We understand this may be disappointing and apologize for any inconvenience this may have caused. Please continue to check your Tesla Account for any changes to your timing, which should remain updated to represent our best estimate," the email reportedly reads.

This suggests that the automaker is probably prioritizing the orders of those buyers who are willing to pay more to get an early delivery of Model S. This is probably a step by the car manufacturer to improve its financials.

Tesla Model S has garnered pretty good attention from enthusiasts across the world. Tesla has introduced a revised design to the new Model S, at exterior and inside the cabin as well.

The Tesla Model S Plaid is claimed to be the fastest car in the world. It gets three different electric motors onboard and generates 1,020 hp power output.