Honda Tiguan, ID.4, Golf and Atlas are among the affected vehicles that have been allegedly using the 4G chips without any licence.
By : HT Auto Desk
| Updated on: 26 Dec 2021, 04:17 PM 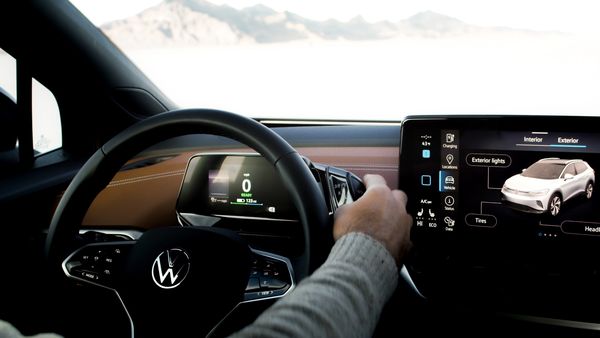 Modern cars are more about technology than just hardware.

Modern cars are all about a plethora of technologies. The new generation cars come filled with a host of sensors, digital display screens, modems, cameras etc. Much of these tech devices are sourced by the partner companies that are associated with the technology industry at large. These collaborations demand proper licencing, unless which the automotive OEMs can land in legal soup. The latest example of that is Volkswagen that is facing a lawsuit in the US by the Taiwanese technology giant Acer.

The German automobile giant has allegedly infringed on some of Acer's patents for 4G mobile chips. As the tech company said in its lawsuit against the automaker, the Volkswagen group has been putting several 4G mobile chips into its vehicles without any licence to do that. The affected Volkswagen cars include models such as the new all-electric ID.4, Atlas, Golf, Tiguan among others. Acer has seemed the damages for past infringements.

Volkswagen has said news agency Reuters that it is currently examining the lawsuit before deciding how to proceed. However, the auto company has also said that allegations were unfound and VW would defend its position. The accusation by Acer dates back two years when Volkswagen announced its Car-Net service with 4G connectivity back in 2019. Interestingly, just a few months back in 2021, Volkswagen signed a licencing deal with Chinese tech giant Huawei for the 4G technology.

As the automakers are increasingly stepping into the territory of technologies, we are likely to see more such lawsuits in the coming years as missteps and misunderstandings will be a part of this new evolution of the auto industry.

To remind you, earlier this year in October, major automobile giants such as Honda, Toyota and General Motors all had lawsuits filed against them for patent infringements related to mobile technology. In such a scenario, the latest lawsuit against Volkswagen might invoke many other tech companies to come forward with their claims and allegations against other automakers.