Tata Tiago NRG to get blacked out roof, reveals teaser 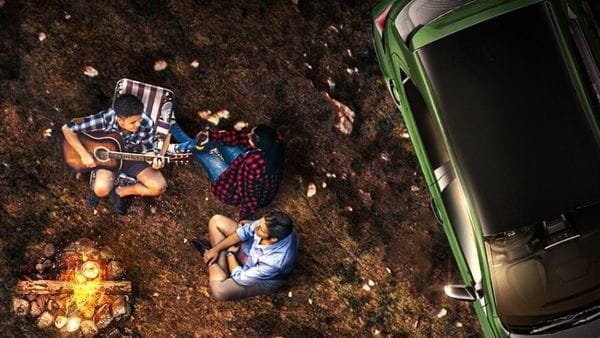 Tata Motors is all set to launch the new generation Tiago NRG hatchback next week on August 4. Ahead of the launch, Tata Motors has been teasing the sporty edition of the popular hatchback on social media. A new teaser campaign has revealed that the 2021 Tiago NRG will get a blackened roof, giving the car a dual-tone appearance.

This will be the second generation of the Tata Tiago NRG hatchback. The five-seater hatchback with sporty design was first launched in India back in 2018, but was discontinued last year.

The teaser also hints at a new body colour scheme for the Tiago NRG. It also gives away the black door handles, ORVMs and a hint of black cladding at the rear above the taillights as well. Black plastic claddings are likely to be seen on the sides and wheel arches as well. The new Tiago NRG may also get a redesigned bumper and new 14-inch alloy wheels.

The previous generation of the Tiago NRG had sporty accents like black plastic cladding on the sides and wheel arches, roof rails. It boasted of more ground clearance than the standard Tiago models. The interior was more premium with orange accents around the AC vents and gear lever. It had a 5-inch touchscreen infotainment system with navigation.

The 2021 Tata Tiago NRG is likely to get a more refreshed and sporty interiors. The dashboard appears redesigned, and follows the latest design language seen in the updated Tiago standard models. It also appears that the 2021 Tiago NRG will get black interiors. Expect the Tiago NRG to get sporty seats as well.