Tata Motors has teased several features that will be packed in Punch micro-SUV. The Tata Punch is expected launch later this year and will take on rivals like Maruti Suzuki Ignis.
By : HT Auto Desk
| Updated on: 10 Sep 2021, 01:42 PM 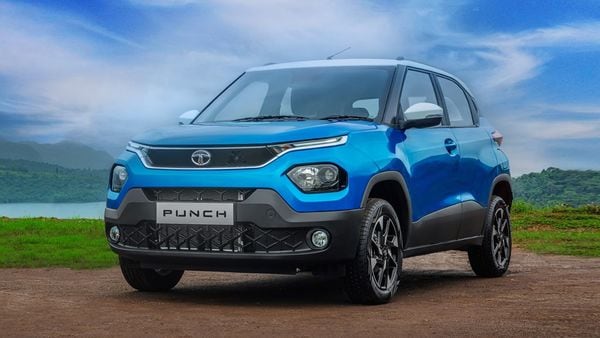 Tata Motors has once again teased the upcoming micro-SUV Punch ahead of its anticipated launch some time later this year. The new teaser campaign claims that the Punch will be packed with a lot of features, including some that will be segment-first.

In the latest teaser, Tata Motors has promised that Punch will have the ‘capability to conquer any terrain’. The teaser confirms that the Tata Punch will be offered with multiple terrain modes, a feature usually seen in the compact or subcompact SUV segments, but eludes smaller cars.

Earlier this month, Tata Motors had also claimed that Punch will be one of the safest cars to hit the Indian roads despite its small size. The teaser had claimed that the Punch micro-SUV will come with ‘safety features in a bunch’, but did not specify what kind of safety technology it will provide.

Tata Motors had unveiled the Punch micro SUV earlier in August. It gets bold looks at the front and the rear as well, staying true to its concept version HBX showcased during the Auto Expo last year.

(Also read - From HBX to Punch: How Tata Motors transformed its micro-SUV from concept)

I #PackAPunch with my capability to conquer any terrain.
I am Tata PUNCH#TataPUNCH #TataMotors pic.twitter.com/LGR8NO9eIh

Tata Punch's visual profile is quite like an SUV, though much smaller in dimensions. Its high stance with Harrier-like LED DRL units along with headlights, a wide bonnet design and a pronounced grille make it appear bolder. It gets a chunky lower section which has a big black cladding, instead of skid plates, flanked by a set of taillights. At the rear, Punch will come with arrow-shaped wrap-around taillights. The alloy design too looks appealing and the large wheel arches could help it tackle roads less than ideal.

Tata Motors plans to equip the Punch micro SUV with features in the cabin that will be in tune with some of the modern techniques and design language among others.

Punch will be the first Tata car to be built on ALFA-ARC (Agile Light Flexible Advanced Architecture), developed under Impact 2.0 design language. With Punch, Tata aims to target the millennials who look for a car with sporty elements with rugged looks as well as a good presence. The micro-SUV promises to offer a good option for regular city commute as well as for enthusiastic drive experience on highways or tough roads.