Tata Punch micro SUV will be unveiled on October 4, the same day when the carmaker has decided to open the bookings. The launch is likely to happen in the next few weeks.
By : HT Auto Desk
| Written By : Sabyasachi Dasgupta
| Updated on: 01 Oct 2021, 08:55 AM 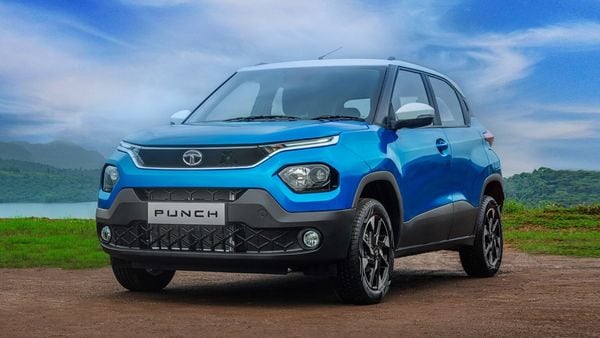 Tata Punch micro SUV will be available for booking from next week. The carmaker has confirmed that the bookings will officially open on October 4, the same day it will officially make its debut for the customers.

Tata Motors has not revealed any detail about the booking amount yet. Instead, it chose to tease more features of the upcoming micro SUV. The carmaker shared a post on its social media channels to showcase that the Punch will have doors that open at an almost 90 degree angle. This feature will make it easier for people to get in or out of the vehicle.

Earlier Tata Motors had teased about the exterior and interior styling and features of the Punch micro SUV. It will come with a set of LED DRL units. The bonnet design is wide with a pronounced grille flanked by headlights. Black cladding on the sides enhance its SUV-ish profile while the arrow-shaped wrap-around taillights at the rear also look premium.

According to reports, Tata Punch will be bigger in size than some of its rivals. Leaks claim that Punch will stand wider than Maruti Suzuki Ignis, one of its key rivals. It is also likely to get a higher ground clearance compared to the Ignis.

'Right' from all the angles. ;)
I Pack A PUNCH
Bookings open on 4th October#TataPUNCH #TataMotors pic.twitter.com/MQRc1JjV97

The interior of Tata Punch is likely to get dual-tone theme with colour accents on AC vents and dashboard. The infotainment system from Harman looks similar in size to the ones found inside the Nexon SUV or Altroz premium hatchback. It will be compatible with Apple CarPlay and Android Auto.

Tata Punch is also likely to get a digital-analogue instrument cluster sourced from Altroz. Other features include a multi-function flat-bottom steering wheel, automatic climate control, a start-stop button etc.

Under the hood, Tata Punch is likely to get a 1.2-litre petrol engine along with a turbocharged unit. The engine will be mated to either a five-speed manual or an automatic gearbox. The engine is capable of producing 86 PS of power and 113 Nm of torque.