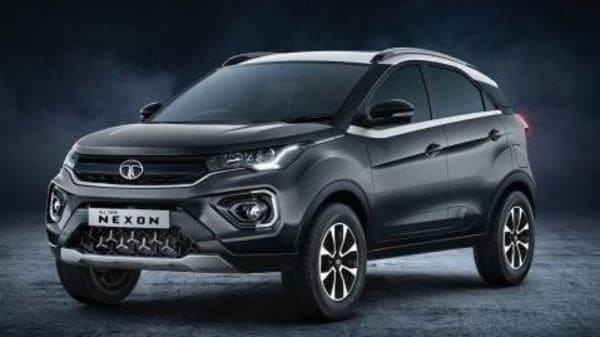 Tata Motors has increased the prices of the Nexon compact SUV by as much as ₹11,000 depending on the variant of the model. The cost of the SUV after this hike will now range between ₹7.30 lakh to ₹13.35 lakh (ex-showroom).

The automaker has increased the price Nexon range from starting ₹1,000 to ₹11,000. The price of the diesel XZA+ (O) Dark Edition Nexon model has received a hike of ₹11,000. However, some variants of the range remain unaffected by the price hike which includes petrol and diesel XZ+ manual variants, the petrol XZ+ and XZA+ Dark Editions and diesel XM (S) trim that comes with a sunroof.

The diesel range of Nexon now begins with the mid-spec XM variant as the company has quietly discontinued the other three diesel variants that are the XMA, XZ and XZA+ (S).

Tata Nexon comes in 1.5-litre turbo-diesel engine and 1.2-litre turbo-petrol engine. In the former, the car's engine generates a power output of 110hp and in the latter case, the engine creates a maximum power of 120hp. Coming to the gearbox options, both the engines come with either a six-speed manual or a six-speed automatic manual transmission.

The automaker increased the price of the Nexon electric vehicle by ₹16,000 in May this year. The EV comes in three trims, XM, XZ+, and XZ+ Lux. The base trim retained the same price while the higher variants became costlier by ₹16,000.