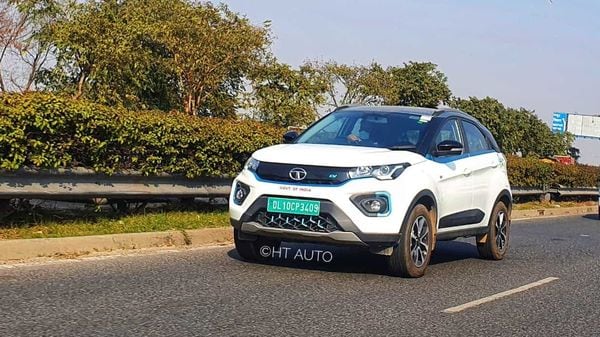 Launched in January 2020, the Tata Nexon EV has crossed 4,000 unit sales milestone, the homegrown carmaker announced on Thursday. It has also become the most-selling EV in India in March 2021.

In the EV segment alone, the company has managed to sell 4,219 units in FY21, a threefold increase against the previous financial year. Tata Motors said that it has registered its highest-ever monthly and quarterly EV sales of 705 units and 1,711 units in March'21 and Q4 FY21, respectively. The company also added that it is leading the personal EV segment with 71% market share in FY21.

The battery-powered Nexon was originally launched in early 2020 starting from ₹13.99 lakh (ex-showroom). It has been offered in three trims - XM, XZ+ and XZ+ LUX.

Needless to say, there isn't much competition to the Nexon EV in the market. The other rivals to Tata's electric car include the MG ZS EV and the Hyundai Kona Electric, but both these cars are placed much higher in the segment. What has really helped the Tata EV is that it is more affordable than these two other options and still has a claimed full charge range of 300 km.

It also comes with some interesting features such as the automatic climate control, auto head lights, electric sunroof, seven-inch infotainment screen, electric tail gate, park assist, auto rain-sensing wipers, and more. It charging options include a 15A home socket or a fast charger. Ziptron technology compatibility allows for dual charging. Externally, it is very much similar to its gas-powered counterpart.

"Since its launch, it has consistently emerged as a market leader in its segment," said Shailesh Chandra, President, Passenger Vehicle Business Unit at Tata Motors. "In a short span of time, the Nexon EV has been widely accepted by the customers, enthusiasts and the industry."