Jaguar Land Rover factory in Halewood, which builds the Range Rover Evoque and Land Rover Discovery Sport in the north west of England, will move from a three shift to a "two-plus" shift pattern from April.
By : PTI
| Updated on: 23 Jan 2020, 08:42 AM 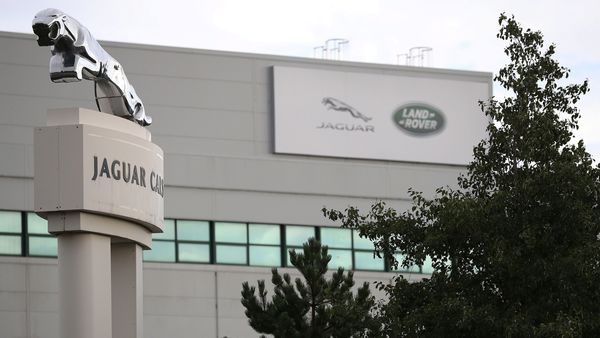 LONDON : Tata Motors-owned Jaguar Land Rover (JLR) on Wednesday said that around 500 jobs will be affected as it cuts down on shifts to optimise car production at its Halewood factory in Merseyside.

The factory, which builds the Range Rover Evoque and Land Rover Discovery Sport in the north west of England, will move from a three shift to a "two-plus" shift pattern from April as part of what the company says is an efficiency programme and does not imply a loss of volume.

"Through its ongoing transformation programme, Jaguar Land Rover is taking action to optimise performance, enable sustainable growth and safeguard the long-term success of our business. Central to the Halewood manufacturing strategy, we are moving from a three shift to a ‘two-plus’ shift pattern from April 2020," a JLR statement said.

"This will deliver significant operating efficiencies at the plant, while enabling us to meet the growing customer demand for our new Range Rover Evoque and Land Rover Discovery Sport. This change in shift pattern affects around 10 per cent of Halewood’s workforce," the statement noted.

The Tata Group company said that the new “two plus" shift pattern was agreed as part of the pay negotiations last year and employees have the option to access an enhanced voluntary redundancy programme.

There are currently just under 4,000 employees at Halewood, excluding agency staff, and the latest announcement is likely to affect around 500 jobs at the site, the company said.

The UK’s largest automotive manufacturer has been struggling alongside the wider car industry amid a weakening demand for luxury car models in China and falling demand for diesel vehicles across the European market. Amid a drop in car sales, JLR had announced around 4,500 job cuts last year.

Meanwhile, it has unveiled plans to produce a range of new electrified vehicles in the UK as it prepares to offer electrified options for all Jaguar and Land Rover models.

The company has made repeated interventions against a hard Brexit, which would impact the current alignment with the European Union (EU). There are fears of supply chains being impacted after the UK leaves the EU on 31 January, with the automotive sector particularly at risk.

Trade unions have called on the government to ensure “frictionless trade" in the long term after Brexit to protect the industry.

“This is a further blow to the UK car industry in general and to our members at Halewood in particular," said Des Quinn, national officer at union Unite.

He said: "The UK's car industry has plummeted from being the jewel in the crown of the UK's manufacturing sector in a few short years, directly as a result of government inaction.

"Until the government ensures that there is long-term frictionless trade and no tariffs with the European Union along with meaningful investment in the infrastructure to ensure the success of electric vehicles, the UK's car industry will continue to experience severe challenges," he said.