TPEML will be responsible for the manufacturing operation of all the electric vehicles of Tata Motors.
By : HT Auto Desk
| Updated on: 23 Dec 2021, 09:37 AM 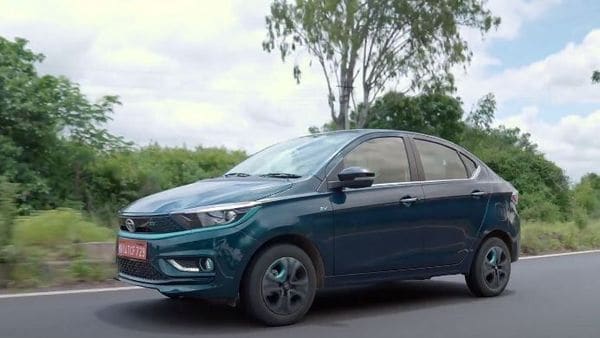 Tata Motors is aiming to increase its market share in the Indian electric car market.

Homegrown Indian auto major Tata Motors on Wednesday has announced in a regulatory filing that it has filed a dedicated wholly-owned subsidiary for its electric vehicle business. Named, Tata Passenger Electric Mobility Limited (TPEML), this division will be responsible for manufacturing electric vehicles for the automaker.

The dedicated EV company has been formed with an initial investment of ₹700 crore, claimed the automaker. It also claimed that the ministry of corporate affairs has already issued the certificate of incorporation for the company on December 21.

As Tata Motors said in the regulatory filing, TPEML has been incorporated to manufacture, design, develop all kinds of services related to electric vehicles, electric mobility, hybrid electric vehicles of all kinds and all descriptions for carrying passengers or other personnel, whether propelled, moved, drawn or assisted by means of electricity, battery, solar energy, or any other power devices whatsoever; engines, motors, parts, components, accessories and related equipment thereof, as well as activities required for establishing and undertaking the assembly, manufacture, fabrication, sales, after-sales services, marketing, promoting and/or servicing facilities.

Tata's move comes in line with Mahindra Electric, which oversees the electric vehicle operations of Mahindra & Mahindra group. Luxury car manufacturers such as Mercedes-Benz and BMW too have their own dedicated electric vehicle divisions EQ and i-Division respectively.

While the electric vehicle market in India is dominated by the two-wheelers and three-wheelers, in the four-wheeler passenger vehicle segment, Tata Motors holds the lion's share. The automaker has already launched its Nexon EV, which is the bestselling electric passenger car in India. Also, it introduced the Tigor EV. Besides that, the automaker is also working on a couple of other electric cars that would be launched in near future. In such a scenario, the formation of a new dedicated EV division reflects the auto company's seriousness about electric mobility.