The Gravitas will be placed higher than the Harrier and will be Tata's flagship product once launched in the second half of 2020.
By : Prashant Singh
| Updated on: 09 Mar 2020, 06:18 PM 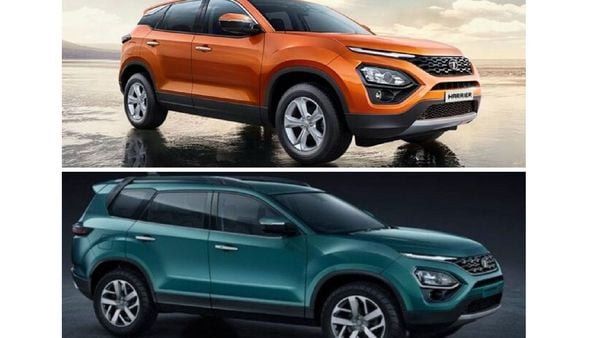 After months of testing, Tata Motors finally came up with a new flagship product, Gravitas, at the Auto Expo 2020. As the exterior styling suggest, Gravitas is based on the already present Tata Harrier. While it uses the same ingredients and has been built around the same structure as its donor model, it is claimed to appeal to a wider set of audience which needs a little extra from the Harrier's package.

For starters, the Gravitas displayed at the Expo came as a 6-seater vehicle, while the Harrier features a 5-seating configuration. The company has used captain seats in the middle row for maximum comfort and convenience, while the Harrier gets the conventional bench setup. Tata installed an extra pair of seats in the Gravitas' rear-section in order to accommodate an extra occupant in the vehicle which is its key USP.

For the exteriors, the Tata Gravitas has some notable differences, while the overall appeal is similar to its donor vehicle. It reflects a nearly indistinguishable looking front fascia featuring bonnet mounted sleek LED DRLs and lower placed lamps. The key design differences have been noted only after its C-pillars. Speaking of which, it gets a slightly lengthier body, stepped roof, upright tailgate with a roof spoiler, roof rails, and more, which contribute to its distinctive appeal. Also, its rear-fascia have been tweaked to match its different character.

As far as interior features are concerned, the Gravitas sports a 8.8-inch floating touchscreen infotainment system similar to the Harrier. Moreover, bits like multi functional steering wheel with cruise control, AC vents for all three rows, panoramic sunroof, electrically adjustable driver’s seat and push-button start with keyless entry, have also made way inside the Harrier's bigger cousin. What's to be noted is that apart from the aforementioned 6-seat option, the Gravitas will also be featured in 7-seat configuration where the middle row will be occupied by a bench-type setup.

As far as mechanicals are concerned, the Gravitas will source power from the same BS 6 compliant, 170 PS version of the 2.0-litre Kryotec turbo-diesel engine which is also found inside the Harrier. This output is backed up by 350 Nm of peak torque. Its transmission options include a 6-speed manual and a 6-speed automatic gearbox unit.