One year of Tata Harrier: Right SUV at the wrong time? 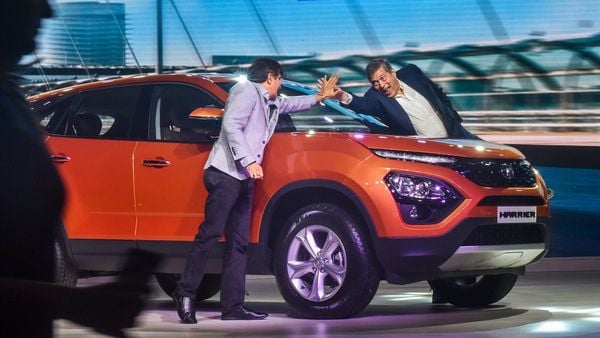 NEW DELHI : Tata Motors had launched Harrier SUV with a lot of fanfare back in January of 2019. Seen as several steps ahead of other big cars from the company - like Safari and Hexa, the Harrier offered cutting-edge looks and promised a very capable driving experience. Little wonder then that the Harrier managed to create quite a fan following in the initial parts of 2019 but that adulation sort of faded as the months dragged on.

Tata Motors sold 15,000 units of the Harrier in the first 11 months since the SUV was launched in India. While the number may be respectable, it is not a figure that would deem it a rousing success. This is especially not when seen against figures notched up by direct rivals like Kia and MG Motor who en tered the Indian market for the first time well into 2019. Kia's Seltos set the rather limp Indian auto industry on fire by selling around 45,000 units in just five months while 15,390 units of Hector were sold till December of 2019, since it was launched by MG in July.

Both Seltos and Hector are direct rivals of the Harrier and have a waiting period spanning several weeks. No such crowds over at Tata Motors' Harrier corner.

Harrier's comparatively low-key performance may have nothing much to do with the car itself but for how the rivals have upped their game as well as the overall dismal performance of the Indian automobile industry in 2019.

Tata did hit the right mark when it came to pricing with the base version at a little over ₹12 lakhs (ex showroom). The top variant maxed out at around ₹16 lakhs (ex showroom). With a larger road presence than Hyundai's Creta and Nissan's Kicks, Harrier looked quite the macho proposition.

Just that it wasn't.

Kia packed quite a punch with the Seltos and while the SUV upped the style quotient, it was also packed to the brim with features. MG too loaded Hector with features galore, all packaged inside a butch-looking form factor. Harrier was not a bare car on the inside by any stretch but the other two always appeared to be ahead in offering more.

The biggest factor that may have held Harrier back, however, was that it was only offered with a diesel engine. That is widely regarded as blasphemous in the current trend in the Indian auto industry. The Kryotec 2.0L Turbocharged engine may be a efficient and trusty heart but not offering a petrol was a punch to its own gut. That Tata Motors is reportedly planning to now bring in a petrol option in the Harrier only underlines the self-realization of a self goal that helped rivals score big.

For all that did not work for the Harrier and worked really well for its rivals, it is not the end of the road for this SUV. Not by a long shot. The petrol engine is expected to rev up the game once again while Tata Motors is also gearing up to drive in the seven-seater version of the car, to be called Gravitas.

Competition will remain tough. Rivals will remain determined. But Tata Motors is likely to continue what it seems to do best - aim for the stars.