The upcoming Altroz Turbo will come out to be a direct rival to the new Hyundai i20 Turbo which was introduced in the Indian market earlier this year.
By : HT Auto Desk
| Updated on: 13 Jan 2021, 01:14 PM 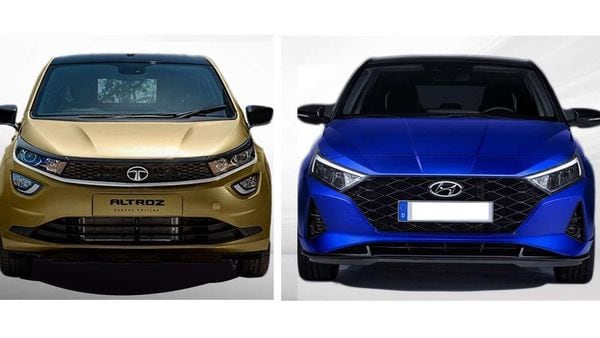 Along with a new turbo powertrain, the Tata Altroz is also expected to receive a DCT gearbox unit.

Tata Motors is planning several major launches for 2021 and the list also includes the awaited Altroz iTurbo variant. The car has now been officially revealed on January 13th (Wednesday). The firm has also started pre-bookings on the car at ₹11,000.

Altroz premium hatchback was originally launched in the country earlier this year in January. The car was introduced in two engine options - 1.2-litre naturally aspirated petrol motor and a 1.5-litre diesel engine, but was kept devoid of the turbo-ed powertrain.

In the new avatar, the Altroz has received the slightly de-tuned version of the 1.2-litre turbo-petrol which is found on the Nexon sub-compact SUV. In Altroz, this engine produces 110 PS of maximum power and 140 Nm of peak torque. This is slightly less than Nexon's 120PS/170Nm. The transmission option on the new Altroz Turbo includes a five-speed manual gearbox initially. Also, it is said to receive a DCT automatic gearbox (a first for Tata Motors) in the later stage, though no official commitments have been made on the same. The pricing of the Tata Altroz iTurbo will come out on January 22nd.

(Also Read: Buy now or wait for what 2021 has on offer: The dilemma of buying a new car)

The new Altroz Turbo is a direct competition to the Hyundai i20 Turbo which was introduced in the market sometime back. The i20 is available with three engine options - 1.0-litre Turbo GDi petrol, 1.2-litre Kappa petrol, and 1.5-litre U2 diesel. The 1.0-litre GDi petrol is available with two transmission options - Intelligent manual transmission and Dual-clutch transmission. The output from this unit stands at 120 bhp at 6,000 rpm and 171 Nm at 1,500 ~ 4,000 rpm.