Tata Altroz Turbo to be unveiled on Jan 13, may simmer Hyundai i20's charge

Altroz competes in the premium hatchback segment which also has Hyundai i20 and Maruti Suzuki Baleno.Launch of i20 2020 which also has a turbo engine on offer meant it was only a matter of time before Altroz hit back in same measure.
By : HT Auto Desk
| Updated on: 08 Jan 2021, 11:30 AM 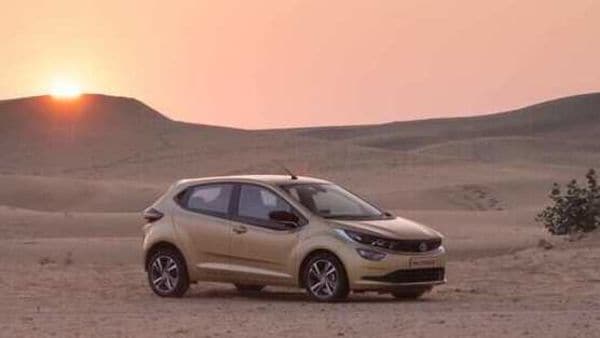 Altroz will be displayed at all three venues in the UAE where IPL 2020 will be played.

Tata Motors has announced that the eagerly-awaited turbo-engine-powered Altroz will be officially unveiled in the Indian market on January 13. The Altroz competes in the premium hatchback segment with Maruti Suzuki Baleno and Hyundai i20 as its main rivals. Now the updated i20 2020 has been quite a hit among customers and many have taken a liking to its turbo model, something Altroz did not have thus far. This is all set to change though.

Launched for the first time in the early parts of 2020, Altroz was made available with two engine options - 1.2-litre naturally aspirated petrol motor and a 1.5-litre diesel engine. And despite the challenges that clouded prospects of the auto market at large in 2020 - and still does to an extent, the car fared reasonably well as it had an eye-catching design and a premium cabin. It is just that there was a growing call for a more thrilling drive experience which the turbo engine could now address.

Now, it is expected that Altroz will get a slightly de-tuned version of the 1.2-litre turbo-petrol which is found on the Nexon sub-compact SUV. This could help the car pack 110 PS of maximum power and 140 Nm of peak torque. It is reported that there could also be a DCT unit for transmission duties but at a later date.

(Must read: Altroz Turbo vs i20 Turbo - spec comparison)

It is possible then that Altroz is able to taper Hyundai i20's charge in the market once launched with the turbo engine. The i20 2020 has many strengths - striking visual updates, feature-packed cabin and multiple engine and transmission options. In the first 40 days of its launch, Hyundai received 30,000 bookings for the car. Over 85% of bookings have been for the higher trims. And yet, the premium car also has a premium price tag and this is where Altroz with its turbo engine could pack a big punch. The Tata car is more affordable than the Hyundai hatchback and the company is expected to keep an eye on the price structure of the Korean product once the official launch takes place.