Maruti is expected to launch a facelift version of the popular hatchback Swift in India sometime next year. However, reports indicate that its Japanese partner is working on a micro SUV based on the hatchback too.
By : HT Auto Desk
| Updated on: 27 Nov 2021, 09:46 AM 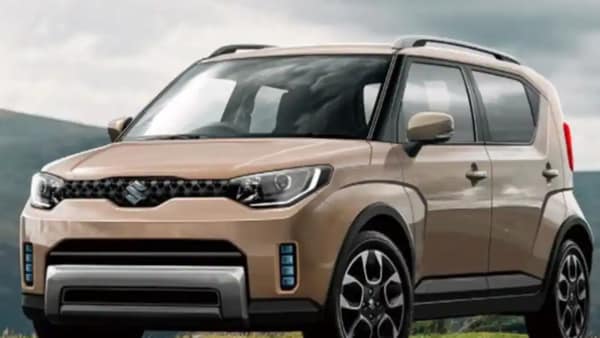 Maruti has already launched the new generation Celerio in India this month. It is also going to drive in the new generation version of its popular offerings like the Swift, Baleno, Brezza and S-Cross to the markets soon. However, the largest carmaker in India may also look at entering the micro SUV segment in future if reports are to believed.

According to a Japanese publication 'Bestcarweb', Suzuki is working on a micro SUV these days which is likely to be based on the new-generation Suzuki Swift hatchbatch. Suzuki is expected to launch the new model in Japan as Suzuki Swift Cross. However, the expected launch is still some time away, with a possibility of its global debut as late as 2024.

The new generation Suzuki Swift is all set to be launched next year. A sporty version, called Swift Sport, is also expected to hit the markets by 2023.

If reports are true, Suzuki Swift Cross will compete with the likes of Tata Punch, which was launched in India last month. Maruti may bring it to India to rival the Punch in a segment where it already has the Ignis.

According to some other reports, Suzuki's plan to bring in the Swift Cross is to place a model between the Ignis and the subcompact SUV Vitara Brezza. The Ignis stands 3,700 mm in length while the Vitara Brezza stands at 3,995 mm in length.

Some other reports claim that Suzuki may rebadge the Toyota Yaris Cross, available in global markets, as Swift Cross. The two Japanese carmaker have done this for several models in India, rebadging Brezza as Urban Cruiser or Baleno as Glanza. Maruti is also expected to drive in a rebadged Toyota RAV4 to India next year to counter the likes of Hyundai Creta and Kia Seltos.

Suzuki's latest Heartect platform is likely to underpin the upcoming Swift Cross. Under the hood, it could get the turbocharged 1.4-litre engine, the same that powers the new generation Swift hatchback. The engine is capable of generating 129 bhp of maximum power and 235 Nm of peak torque.