The videos shared reveal new details about the Sony Vision-S design and engineering. It focusses on Sony softwares used in the electric sedan.
By : HT Auto Desk
| Updated on: 12 Jan 2021, 01:35 PM 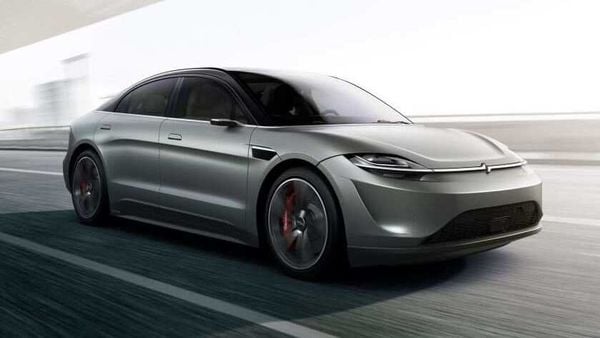 Sony has shared video of its Vision-S car being tested on public roads.

Sony surprised everyone a year ago at CES 2020 when they showed an electric car named Vision-S. A Sony electric car? Why not. After all, even Apple is also interested in electric vehicles nowadays. But will we ever see the Sony Vision-S on road?

It's launch still unclear, but Sony's Vision-S project is progressing fast and Sony didn't just drop it after CES 2020. As part of the digital CES 2021, two new videos have been published. They show that the model is already being tested on public roads in Europe.

The videos shared reveal new details about the Sony Vision-S design and engineering. It focusses on Sony softwares used in the electric sedan. According to the company, Sony has added 40 sensors for autonomous driving. Earlier Sony had said that it will add 33 autonomous driving sensors to Vision-S.

Sony has added new sensors to the Vision-S, shows a first version of an infotainment system in the video, talks about OTA updates, 5G and more. Sony had earlier said the Vision-S will have 360 degree audio, and always-on connectivity, among other features.

One of the key features of the Vision-S concept car showcased at CES 2020 was the large infotainment screen that stretched the entire dashboard. The video confirms that Sony is going to go ahead with it.

The Vision-S is powered by a "newly-designed EV platform" -- engineered by automotive supplier Magna. It is also quite visionary to look at and how it stands. The sedan has a resemblance to Porsche's design language. While there is still no word on powertrain or battery size, the Vision-S is reportedly a 536hp dual-motor all-wheel-drive that can zip from zero to 100kmph in less than 5 seconds and hit a top speed of 240kmph.

According to CNET, the Vision-S was built by Sony's AI and robotics team. It is a prototype which means it does not hint or indicate the company's intent of actually entering the retail automotive space.

Sony is still tightlipped about most of the details of Sony Vision-S car. There is still no word on when can one expect Sony to launch this electric sedan, that is seen as one of the upcoming rivals of Tesla.