Skoda Slavia prices hiked by up to ₹60,000 within three months of launch 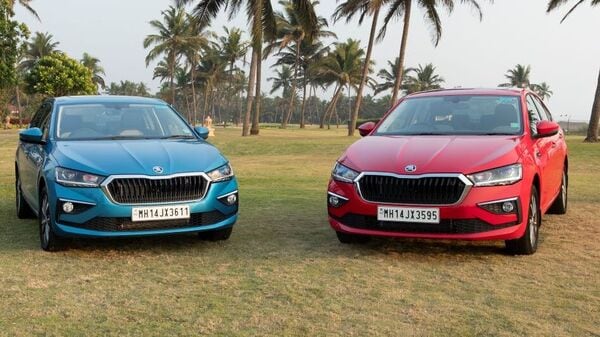 Skoda has hiked the price of Slavia mid-size sedan in India by up to ₹60,000 on select variants.

Skoda Auto offers Slavia sedan in India in three broad trims, split into overall 8 variants. They are offered with two engine options - a 1.0-litre TSI petrol unit and a more powerful 1.5-litre TSI petrol. Both engines are mated to either a manual, a 6-speed automatic or a 7-speed DSG transmission units.

Among all the variants, the top-of-the-range 1.5-litre Style has seen the maximum hike of ₹60,000 for both the automatic and the manual versions. The lower trims, Active and Ambition, has seen the least hike amounting to ₹30,000.

The 1.5-litre Slavia is capable of churning out 150 hp of maximum power and offers a generous 250 Nm of peak torque. It is currently the most powerful petrol mid-size sedan in the country. Skoda claims that the car can hit 100 kmph in under 10 seconds while still offering a mileage of a little over 18 kms per litre.

The 1.0-litre Slavia is no slouch either. Despite a smaller engine, it is capable of generating 113 bhp of maximum power and offers 175 Nm of peak torque. Paired with either a manual and a six-speed automatic transmission, it claims to fire from zero to 100 kmph in around 10.1 seconds.

Skoda Slavia rivals the likes of Honda City, Maruti Suzuki Ciaz and Hyundai Verna in the mid-size sedan segment in India currently. However, it will soon have a new rival to take on when Volkswagen launches the Virtus mid-size sedan in India on June 9.