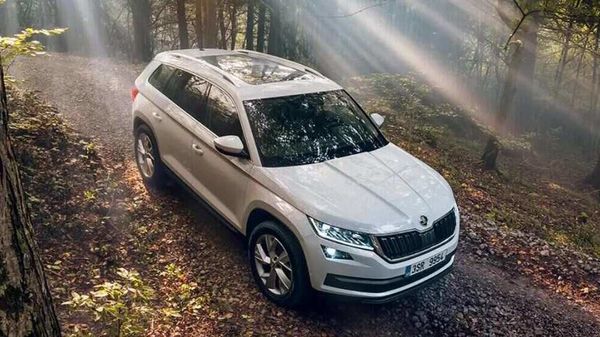 While the Skoda Kodiaq TSI BS 6 was slated for the 2020 launch, but the plans were put off the rail due to the pandemic. However, the company has officially revealed on Thursday in a media session that the new Kodiaq will go on sale in the country in first-quarter of the calender year 2021.

Zac Hollis, Director - Sales and Marketing, Skoda Auto India, confirmed the development while responding to a media query over the upcoming SUV. Apart from the Kodiaq, even the launch of the next-gen Octavia has been pushed back to the 2021, but exact launch details are awaited.

Hollis also added while responding to another query that the company has not given up on diesels, and in fact there's testing going on. Chances are that Kodiaq will be the one of the first models to get a diesel engine in the future. On the other hand, smaller Skoda cars may not get a diesel powertrain and will stick to the TSI family. Adding on to the topic, Hollis also confirmed that the Kodiaq RS 'will not arrive' in India.

The yearly update will bring forward a number of new features to the Kodiaq along with a new powertrain. It will be slapped on with new additions like the Virtual Cockpit instrument console and an updated touchscreen infotainment system. On the other hand, the SUV already benefits from a massive panoramic sunroof as well as a seven-seater layout which are one of its key USPs.

The new model will switch from the previous 2.0-litre TDI motor to the new 2.0-litre TSI turbo petrol engine. On the Kodiaq TSI, this motor has been said to develop 187 bhp and 320 Nm of peak torque. The transmission includes a 7-speed DSG automatic unit. Just for reference, the previous model was known to push out 148 bhp and 340 Nm.

Some of the rivals to the new Kodiaq TSI include Volkswagen Tiguan AllSpace, Honda CR-V, Toyota Fortuner and even the BMW X1. It will arrive on the Indian shores as a Completely Built Unit (CBU).