Terming it as 'a one-of-a-kind rendezvous', Bugatti stated that its whole current spectrum of performance was displayed together for the first time.
By : Shubhodeep Chakravarty
| Updated on: 25 Mar 2020, 15:02 PM Bugatti's official Twitter handle posted the photo with the six special-edition vehicles, estimated to be worth a total of $35.6 million, outside Château St. Jean in Molsheim, France. "Never before in its longstanding history has BUGATTI offered such a variety of products. Vive la Marque!" the accompanying message read.

The lineup of the cars - all based on the Bugatti Chiron, showcased a Pur Sport, a Centodieci, a Super Sport 300+, a La Voiture Noire, a Divo and a Sport. 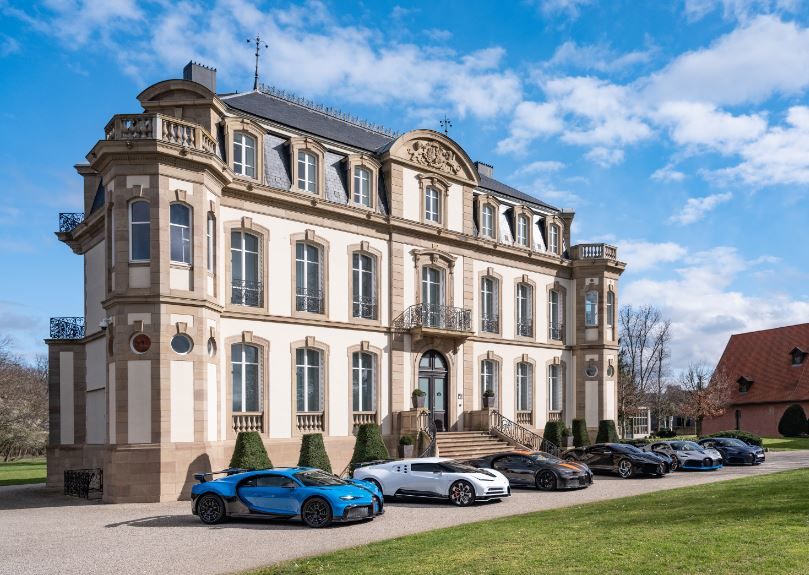 This is the first time Bigatti showcased all the six super exclusive cars at the same time. (Photo: Bugatti)

The Pur Sport is the track-oriented version of Chiron which is acclaimed for being extremely light and agile. It is priced at $3 million. The Centodieci, with 1,600 horsepower, is priced at $8.6 million and there are only 10 units of it. The Super Sport 300+ recently broke the 300 miles per hour barrier and costs an estimated $3.7 million. The La Voiture Noire is among the most expensive cars in the world now and is priced at $11.8 million with only one unit manufactured. The Divo costs $5.3 million while the Sport is the 'most affordable' of the lot at $2.8 million each.

Terming it as 'a one-of-a-kind rendezvous', Bugatti stated that its whole current spectrum of performance was displayed together for the first time.