Several media reports have speculated that Bugatti is readying the Chiron R - the official name has not yet been confirmed by Bugatti - for a showcase in Geneva where the motor show starts from March 3.
By : Shubhodeep Chakravarty
| Updated on: 13 Feb 2020, 10:46 AM 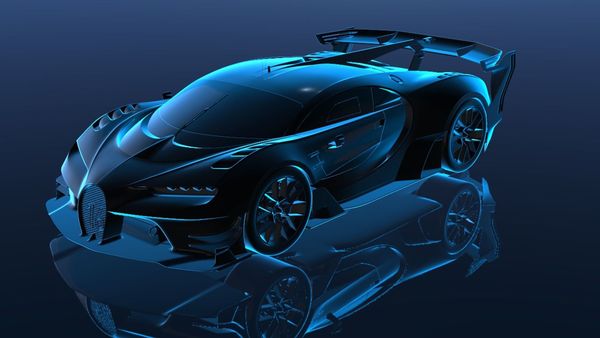 When being lightening quick is not quick enough, you're probably firmly inside a Bugatti hypercar. Counted as one of the fastest production hypercars in the world, Bugatti machines have often thrown a challenge to elements and come out quite unscathed. Now, the French manufacturer is reportedly planning to take a step back and will likely showcase 'Chiron R' at the upcoming Geneva Motor Show. It is not the fastest Chiron but with a max speed of 420 kmph, it is still quite the stunning slugger.

Several media reports have speculated that Bugatti is readying the Chiron R - the official name has not yet been confirmed by Bugatti - for a showcase in Geneva where the motor show starts from March 3. Expected to be positioned between Chiron Sport and the Super Sport 300+, the hypercar could well live up to the rich legacy of its siblings.

Expect the Chiron R - if it is indeed called that - to be equipped with an advanced aerodynamic package that could also get a fixed rear spoiler to maximise downforce and help the car bolt ahead. Under the hood, an eight-litre, 16 cylinder engine is almost certain which is capable of max power of 1,500 hp and hair-raising 1600 Nm of peak torque.

While these figures are indeed worthy of being made part of the Chiron family, the new hypercar won't win a drag race against elder sibling Super Sport 300+ which has a max speed of over 300 mph (482 kmph) and recently broke the world record. The car hurtled to 304 mph at a test track back in September of 2019 with test driver Andy Wallace describing the experience quite aptly. (Read more here)

Little wonder then that Bugatti could now be looking to expand its Chiron portfolio and appears determined to corner attention at Geneva Motor Show.